Following the success of October’s hour-long special from the Nintendo World Championships 2015, Disney XD and Nintendo are reteaming for another competitive gaming TV special.

The new eSports special, Clash of Karts: Mario Kart 8, will air Dec. 5 on Disney XD, and it will see four two-person teams of top teenage gamers compete in aMario Kart 8 tournament on a Nintendo Wii U console in front of a live audience. YouTube personalities Mari Takahashi, Meghan Camarena, SethBling, and Andre Meadows will coach the teams, and Alison Haislip and Matt Rife will host the event.

The hour-long program differs from the previous special in that it will focus on one game, as opposed to October’s “decathlon of eSports,” as Disney XD’s senior vice president of programming and general manager Marc Buhaj described it to Fortune.

“We wanted to focus on a single game with this special and have a more intimate event,” Buhaj explained, noting that Mario Kart 8 lends itself well to television because it appeals to viewers of all ages and doesn’t take itself too seriously.

Disney XD is committed to attracting and maintaining its audience of young gamers; the network is also home to live-action comedy series Gamer’s Guide to Pretty Much Everything and airs Canadian show Gaming Show (In My Parents’ Garage). 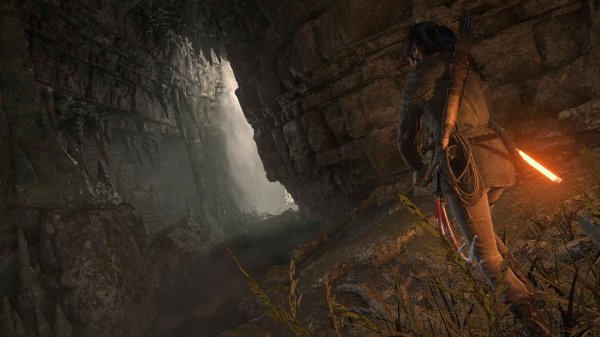 Rise of the Tomb Raider Review: Lara Croft's Greatest Adventure Yet
Next Up: Editor's Pick