Israel’s prime minister and the Palestinian president, in France for the climate summit, met and shook hands for the first time in years.

A photograph shows Benjamin Netanyahu and Mahmoud Abbas shaking hands and smiling on the sidelines of global climate talks outside Paris on Monday. It wasn’t immediately clear if they had agreed to meet or if they spoke.

Their meeting came amid heightened tensions between Israelis and Palestinians. Over the past 2 months, almost daily Palestinian attacks have killed 19 Israelis while at… 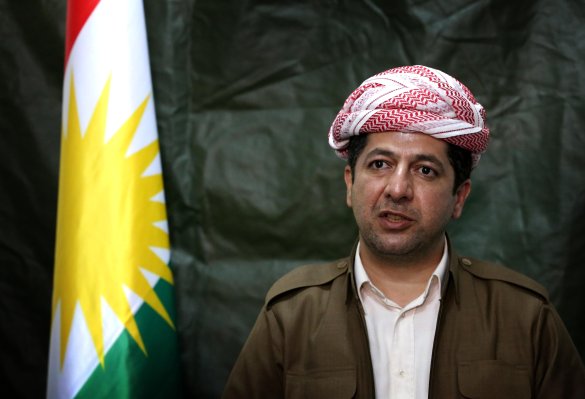 ISIS Can Be Beaten in Weeks Says Kurdish Intelligence Chief
Next Up: Editor's Pick