The Chicago police officer charged with murder after he was caught on camera shooting a black teenager 16 times will be released from jail Monday, authorities said.

The officer has been in jail since last Tuesday when prosecutors charged him in the shooting death of 17-year-old Laquan McDonald, the Associated Press reports.

Dashboard video from the officer’s patrol car shows him firing on the teen during the deadly incident on Oct. 20, 2014. McDonald is shot once while he appears to be walking away from police. He’s struck several more times as his body lay on the ground, video shows. Police said the teen had lunged at officers and didn’t heed orders to drop the knife.

The footage also shows McDonald running in the middle of a four-lane highway, apparently holding a knife in his right hand. Police said he he had been breaking into vehicles and slashing the tires of a squad car.

Van Dyke faces first-degree murder charges. He had to post $150,000 – 10 percent of the bond total – to be released from Cook County Jail, according to the Associated Press. 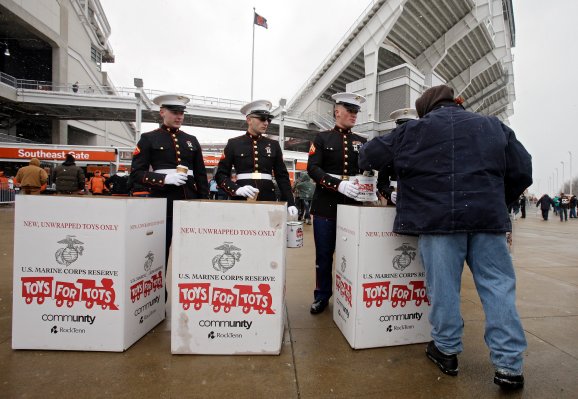 Walmart Tells Marine Vet Not to Collect Toy Donations Inside Store
Next Up: Editor's Pick