Spoilers for Transparent‘s second season below

In Transparent’s second season (whose first episode streams tonight before the whole season drops on Amazon on Dec. 11), a character whom the Pfefferman family has treated somewhat shabbily crashes a party they’re hosting to deliver a message: “You are all monsters!” They’re not. But there’s a reason the line is so thrilling. It’s too rare that any perspective on the Pfeffermans other than the show’s own extremely forgiving one sneaks in. The family is now more than ever a closed circuit, and Transparent may be running out of things these people can teach us in the vacuum of their intra-family affairs.

Transparent’s debut season won Amazon its first Emmys and Golden Globes and contributed to a heightened visibility of transgender people. (That visibility didn’t come without controversy: the trans community protested the casting of a male actor, Jeffrey Tambor, to play the show’s central character, Maura.) At its best, the show is a compassionate look at the struggle to define oneself, from gender identity to, in the case of Maura’s kids, finding one’s place in early middle age.

Maura, in Season 2, debates whether to get gender-reassignment surgery, a reminder that the work of defining one’s identity only begins with coming out. The presence of her friends, transgender women with far less cultural and economic capital, is a saving grace, both from the standpoint of politics—different perspectives on the trans experience matter in a show like this—and of entertainment. For all that is tough, they at least have a sense of humor about themselves.

By contrast, watching the rest of Maura’s family is drudgery. Her children have commitment issues that differ only on the surface. It’s understandable, given their upbringing, but once the Psych 101 work is done, we’re still stuck with these mopes. Their love lives, like nearly every other aspect of the second season, have no real stakes as couplings swirl from off to on again at random. Who cares if Sarah (played by Amy Landecker) will go back to Tammy (Melora Hardin) after calling things off during their wedding reception? If they do reunite, they’ll break up again in two episodes.

Maura’s relationship with ex-wife Shelly (Judith Light) is similarly overplayed; Light is too big by half as she elaborately performs girl-friendly camaraderie. The best TV series tend to open up as they go on; Transparent, with Shelly’s increased screen time and the children’s repetitive story lines, has grown even more myopic. With few exceptions, including random flashbacks to Weimar-era Berlin, the show feels more claustrophobic than ever.

Midway through the season, we get another outsider’s perspective, when one of Maura’s friends points out her privilege. “We don’t all have your family. We don’t all have your money. I’m a 53-year-old, ex-prostitute, HIV-positive woman with a d-ck.” She’s right—there are certain experiences Maura can’t intuitively understand. And they’re less widely covered and more interesting than upper-middle-class anomie. In confining such painful realities to brief moments, Transparent retreats from its initial promise. 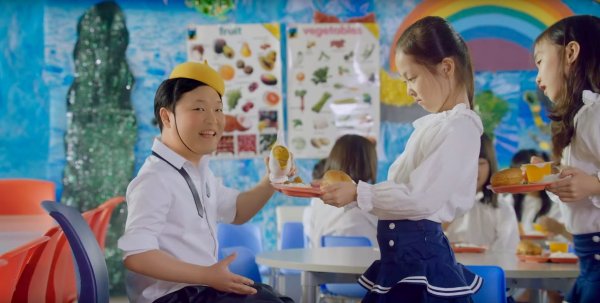 The 'Gangnam Style' Dude Is Back With an Ode to Dad Bods
Next Up: Editor's Pick