The Killing of a Kurdish Lawyer Means Dark Days for Turkey

A man holds a portrait of Tahir Elci, head of the Diyarbakir Bar Association, during a mourning ceremony in Diyarbakir province, Turkey, on Nov. 29, 2015.
Mert Macit—Xinhua /Landov
By Jared Malsin

On Saturday, the influential pro-Kurdish lawyer Tahir Elci spoke at a news conference at a historic mosque in the old city of Diyabakir, in southeastern Turkey. He called attention to the damage done to historic buildings during recent violence in the city. Clad in a gray suit and flanked by other activists, Elci told reporters, “We don’t want guns, clashes and operations in this historical area, which has been a cradle to many civilizations.”

Moments later gunfire crackled. Elci was killed with one shot, in what Human Rights Watch has called an “assassination.” His killer has not been identified. Two police officers were also killed nearby.

Elci’s killing will harden political battle lines in Turkey at a moment when the country’s southeast is in turmoil, with the government intensifying a campaign against Kurdish militants and the war in Syria raging just across the border.

Elci, the head of the Diyarbakir Bar Association, was a man who embodied civility in a place gripped by political conflict that has spilled over into battle. Active as a human-rights lawyer since the 1990s, he played a critical role in investigating alleged abuses by the Turkish state, but he was also outspoken in his criticism of Kurdish militants. In a city shaken by violence, he spoke the language of rights and law, of political process.

It was a position that has become increasingly untenable since last summer, when a widening spiral of violence began to unfold in southeastern Turkey. The region is home to many Kurds, an ethnic group without a country that is spread across parts Turkey, Syria, Iraq and Iran. For more than 30 years, the militant Kurdistan Workers’ Party (PKK) has waged an intermittent war with the Turkish government over Kurdish rights and self-rule. Both Turkey and the U.S. brand the group as a terrorist organization, but in 2013 the conflict had reached a kind of détente with the launch of peace negotiations. But since July, the government has escalated a crackdown on the PKK, while the militants have increased attacks on Turkish security forces.

In an interview with TIME in his office in Diyarbakir on Nov. 9, Elci sat behind a large desk, sipping coffee. He wore a black suit, blue shirt, black tie and glasses. His hair and beard were graying, but his mustache was thick and black. He spoke slowly, laying out his analysis of the conflict with a lawyer’s precision.

“The situation is very bad, but I’m afraid that it will be worse,” he said. “Every day it will be worse. As we understand, the PKK doesn’t want to leave the city centers or leave its military activity in the civilian areas. The security forces and the other side confront each other. Everybody is worried about the next days.”

The recent upsurge in violence in Turkey is in part another consequence of the civil war in Syria. In northern Syria, Kurdish groups eager for a state of their own now govern a significant swath of territory, where they have formed a bulwark against the extremists of ISIS. The success of the U.S.-backed Kurdish “resistance” to ISIS in Syria galvanized the Kurdish political movement inside Turkey, but the new Kurdish-controlled enclave in Syria was viewed as a potential threat by the Turkish government of President Recep Tayyip Erdogan, who in the past had embraced negotiations with the PKK but now pursued a more hawkish policy.

The violence spiked in July, when a suicide bomber killed 33 people at a community center in the Turkish border town of Suruc, where volunteers were preparing to bring aid to the Syrian Kurdish town of Kobani on the Turkish border, which withstood a siege by ISIS last year. Two days later, PKK militants killed two Turkish police officers in retaliation for the bombing. The Kurds blame the government for embracing a lax policy toward ISIS, who were suspected of carrying out the bombing. The Turkish government responded by launching air strikes on both ISIS positions and on PKK camps in northern Iraq, blasting all hopes for any speedy return to the peace process.

Since then, many of the Kurdish towns of southeastern Turkey have become backdrops to conflict, with the youth wing of the PKK installing barricades against the Turkish security forces who moved in against them.

Elci saw echoes, however small, of the Kurdish strategy in Syria — taking control of territory — in Turkey, and it worried him. “I think the Kurdish movement is not so realistic. They imagine that they could take de facto control in the region like Syria, like Rojava, but it is so difficult. It is impossible,” he said. “Because people are also not ready for such an administration, for war, civil war and the [Turkish] government will never allow it.”

During the recent crackdown, the government has placed whole neighborhoods and villages under curfew while the security forces battle Kurdish militants. During a nine-day curfew in the town of Cizre in September, 22 people died, 16 from fatal shootings, according to human-rights groups, though the government refuses to acknowledge civilian casualties in the town. According to Turkey’s Human Rights Association, at least 407 people were killed in violence in the first nine months of 2015, the majority of those deaths coming after the Suruc bombing in July.

While the fighting escalated, Elci appealed for calm and a return to the peace process between the government and the PKK. Along with other lawyers, he applied for permission to visit the PKK’s imprisoned leader, Abdullah Ocalan, in hopes that he would issue an appeal for his followers to stop fighting. The government rejected his application. “So we understand that the government wants the armed clashes to continue. I think both sides want this.”

Prior to his killing, Elci was embroiled in a legal battle over freedom of expression in Turkey. On Oct. 15, he gave an interview to CNN Türk in which he said the PKK should not be defined as a terrorist organization. Five days later he was arrested and charged with creating “terrorist propaganda.” He later clarified in his interview with TIME, “I said that PKK not, even some armed activities of them could be defined, described as terrorism activities, but you can’t say that this organization is a terrorist organization.”

Turkey’s President Erdogan said he learned of Elci’s killing shortly before giving a speech on in Balikesir, in western Turkey. “May Allah have mercy on Mr. Elci and our martyred police,” he was quoted as saying in his speech. Erdogan, whose party regained its majority in parliament in a dramatic snap election in November, also indicated that the government would not alter its policies in the southeast. “We will proceed to fight against terrorism with determination.”

At this moment, Elci’s killing remains a mystery. Some supporters of the Turkish government blame the PKK. Some in the political opposition attribute the killing to Turkish nationalists. Elci’s brother Ahmet was quoted by Reuters saying the lawyer was “slain by the state.” Turkey’s Prime Minister, Ahmet Davutoglu, said that the gun used in the murder was the same one used to kill a police officer nearby.

Turkey’s political opposition responded to Elci’s murder with outrage. Following the shooting on Saturday, protests took place in Diyarbakir and in the heart of Istanbul, hundreds of miles to the west, where police scattered the protesters with water cannons and tear gas. It was another sign of dark and uncertain days ahead for Turkey, the Kurds and the region. 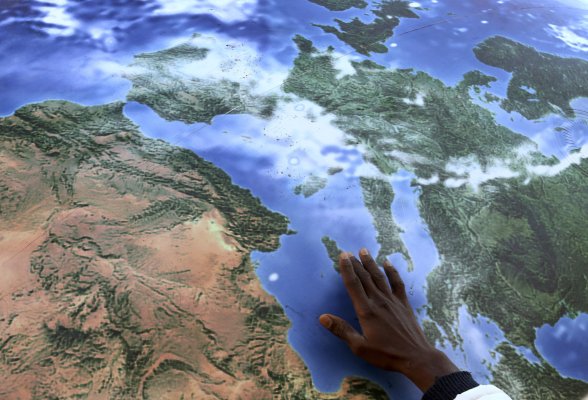