Experts 90% Sure There Is Hidden Chamber in King Tut's Tomb

The sarcophagus of King Tutankhamun displayed in his burial chamber in the Valley of the Kings, close to Luxor, Egypt on Nov. 28, 2015.
Khaled Desouki—AFP/Getty Images
By Victor Luckerson

Researchers in Egypt believe they are on the verge of uncovering a hidden chamber in the tomb of King Tutankhamun, also known as King Tut.

A new exploration of the 3,300-year-old tomb using infrared and radar technology has revealed portions of a wall of a different temperature than other parts, indicating that it may lead to a sealed-off chamber, AFP reports. Experts are now 90% sure of the hidden chamber’s existence, Egypt’s antiquities minister said Saturday.

There are multiple theories for what could be found in the chamber. Some experts believe it may hold the long-sought mummy of Queen Nefertiti, who was the wife of King Tut’s father Akhenaten. Others believe it could the resting place of Kiya, another of Akhenaten’s wives.

Scans of the tomb are being sent to archeological experts in Japan for a process that is expected to take about a month. 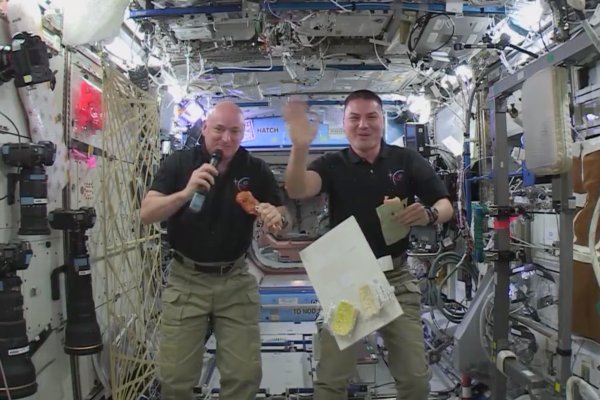 Watch How Astronauts Make Thanksgiving Dinner in Space
Next Up: Editor's Pick