Three Presidents, Sarah Palin and Many More Americans Are All Related to One Single Pilgrim

Some two million Americans owe their existence to a little-known passenger on the Mayflower that arrived in Massachusetts in 1620: John Howland.

According to the Associated Press, Howland boarded the ship as a servant of John Carver, the first governor of the New Plymouth Colony. Howland fell overboard in the Atlantic but was luckily hauled back on board by sailors; he went on to father 10 children with his wife Elizabeth Tilley, also a passenger on the Mayflower. They had over 80 grandchildren.

There’s even a club, The Pilgrim John Howland Society, whose 1,200 members are related to Howland. 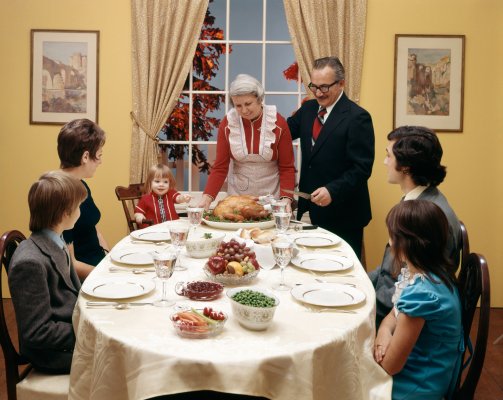 How to Be Happier This Thanksgiving
Next Up: Editor's Pick