Sydney’s Taronga Zoo announced the birth of one of the world’s rarest monkeys, a bright orange François’ Langur, who was discovered in his mother’s arms by keepers on Nov. 7.

François’ Langur monkeys, native to south-west China and northern-Vietnam are born with bright orange fur that darkens as they grow up, the Guardian reports. The male infant has been named Nangua, which means ‘pumpkin’ in Mandarin.

Senior primate keeper Jane Marshall told The Guardian that Nangua was bonding well with his mother and the harem group’s other females. This is important because Langurs live in a matriarchal society and practice “allomothering”, where other females help raise each other’s babies.

Nangua is the fourth François’ Langur to be born in the zoo, which is the only one in the region that breeds the endangered species. Researchers believe only about 800 François Langurs are left in the wild. 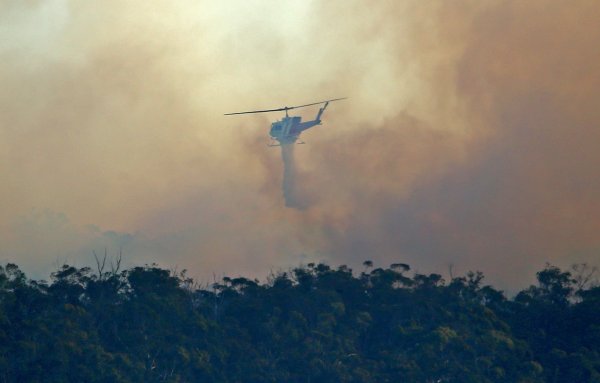 Four Dead in West Australian Wildfires
Next Up: Editor's Pick