Forget breaking bad — break out the tissues. Bryan Cranston takes the Inside the Actors Studio audience on an emotional journey on Wednesday’s episode, revealing what was going through his head during the scene in which he watches Jesse’s girlfriend Jane (Krysten Ritter) choke on her own vomit and die in Breaking Bad.

“[Walter White] hears [Jane] start to cough and he goes to her because that’s human instinct,” Cranston shared, “and before he gets to her he stops and thinks, ‘Wait a minute — she’s a junkie. She’s got Jesse on heroin; she’ll kill him. It’s better if I don’t do anything. But she’s a little girl — she’s young enough to be my daughter.’ And then I see the face of my own daughter in her place, and I didn’t want to; I didn’t plan on it …”

It’s at this point that Cranston begins to sob, clearly still shaken at having to imagine his own daughter, 22-year-old Taylor Dearden, in Jane’s position.

“I guess that’s why I closed my eyes,” Cranston said. He then went on to explain that after that, his daughter’s face disappeared from his head and the more cutthroat side of Walter White regained control.

Cranston’s appearance on Inside the Actors Studio aired Wednesday, Nov. 25, at 8 p.m. ET on Bravo. You can watch the emotional clip below. 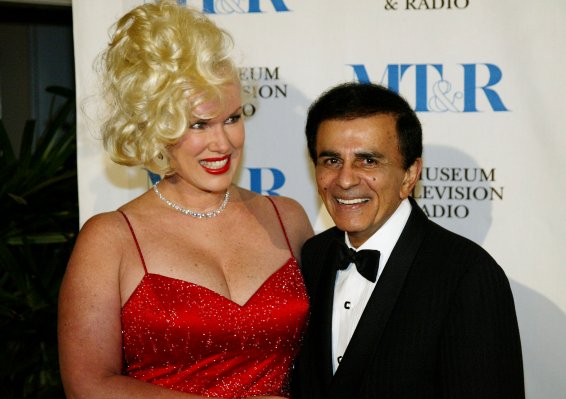 Casey Kasem's Children Sue His Widow for Wrongful Death
Next Up: Editor's Pick