Pope Francis reaches out to greet the faithful as he arrives to lead his Wednesday general audience in Saint Peter's Square at the Vatican March 26, 2014.
Tony Gentile—Reuters
By Charlie Campbell

One year into his papacy, Pope Francis has won the hearts of 68% of American Catholics, according to a new poll.

Only a paltry one percent have a negative opinion of the 266th Vicar of Christ, reports CBS, and his popularity is spread pretty evenly between female and male adherents.

This esteem trounces his most recent predecessors — Pope Benedict XVI garnered just 40% approval and Pope John Paul II only merited 59%. And the outlook could get even rosier for the first South American pontiff; Pope John Paul’s favorability actually soared to 92% upon his death — a mixed blessing for someone who knew more than most about blessings. 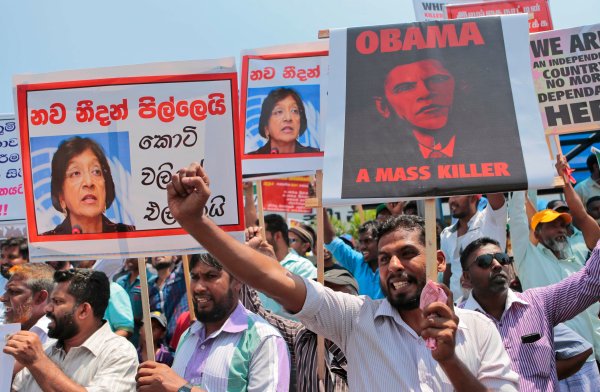 The U.N. Will Launch an International Investigation of Alleged War Crimes in Sri Lanka
Next Up: Editor's Pick