Watch Charli XCX's Documentary About Feminism and the Music Industry

Feminism has never been more visible in pop music: Beyoncé performed with the word flashing behind her at the 2014 VMAs, and Taylor Swift talks openly about its importance to her. But while women top the charts and frequent award-show stages, much of the music industry remains male-dominated, which can put artists like “Boom Clap” and “Fancy” singer Charli XCX in a tricky place. How do you “stand up and be counted” as a feminist, she asks, without letting your gender overshadow your music—or get attention for the wrong reasons? To answer that question, Charli made a documentary with the BBC called The F Word and Me, which chronicles her life on the road and features interviews with both her and other artists (like Ryn Weaver and Marina and the Diamonds) about what it’s really like to be a young woman in pop.

Read next: TIME’s interview with Charli XCX about the making of Sucker

Read next: Why Marina and the Diamonds Wrote a Song About Rape Culture on Her New Album 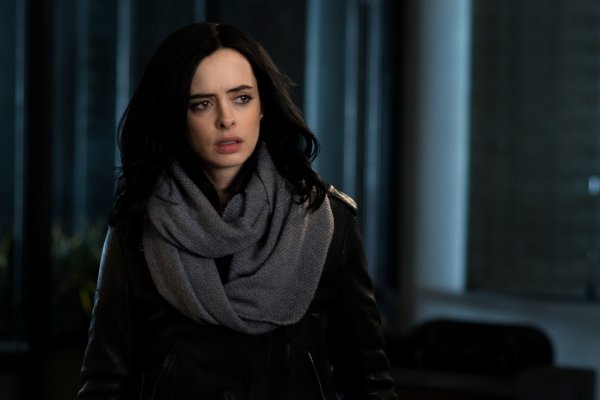 Jessica Jones Star Krysten Ritter on Why the Superhero Will Never Wear Heels
Next Up: Editor's Pick