All My Children and Bonanza Star David Canary Dies at 77

David Canary in a scene on ABC Daytime's 'All My Children' that aired the week of Oct. 26, 2009
Steve Fenn—ABC/Getty Images
By Dan Snierson / Entertainment Weekly

David Canary, the celebrated All My Children actor who also starred in Bonanza, died of natural causes on Nov. 16 in Wilton, Conn., his family announced on Tuesday. He was 77.

Canary earned a whopping 16 Daytime Emmy nominations and won five of those, a record at the time. Joining All My Children in 1984, he would become one of—or should we say, two of— the ABC soap’s most popular characters. First introduced as the ruthless, scheming, dapper tycoon Adam Chandler (who would become one of the many husbands of Erica Kane, played by Susan Lucci), Canary soon also tackled the role of Stuart Chandler, who was Adam’s sweet-hearted, unbalanced twin brother and an artist—in essence, the opposite of Adam. He left All My Children in 2010, returning for the show’s final episodes the following year, and reprised his role as Adam in a handful of episodes in 2013 when the show moved online.

Another generation of TV watchers knew him for his western work; Canary had earlier gained fame as the Ponderosa ranch foreman “Candy” Canaday in NBC’s Bonanza, on which he starred from 1967 to 1970, leaving after a contract dispute but returning for another year in 1972. In all, he would appear in 91 Bonanza episodes. He also guest-starred in 1967 on another popular TV western,Gunsmoke.

Canary attended the University of Cincinnati on a football scholarship, and turned down an offer from the Denver Broncos to play in the NFL so he could follow his acting dreams. He would begin in theater (ultimately acting in productions on- and off-Broadway) before serving in the Army. After his honorable discharge, he received his first TV break in 1965 opposite Mia Farrow in ABC’s Peyton Place. He appeared on the big screen in films such as Hombre and The Saint Valentine’s Day Massacre.

His other soap credits include Search for Tomorrow (his first daytime soap role), One Life to Live (on which he played Adam Chandler), The Doctors, and Another World. He also appeared on such recent prime time series as Curb Your Enthusiasm, Touched By An Angel, and Law & Order, and on classic dramas such as Hawaii Five-O, S.W.A.T, Alias Smith and Jones, and Kung-Fu.

Canary is survived by his wife, Maureen; his son, Christopher; his daughter, Kathryn; and his grandson, Donovan. 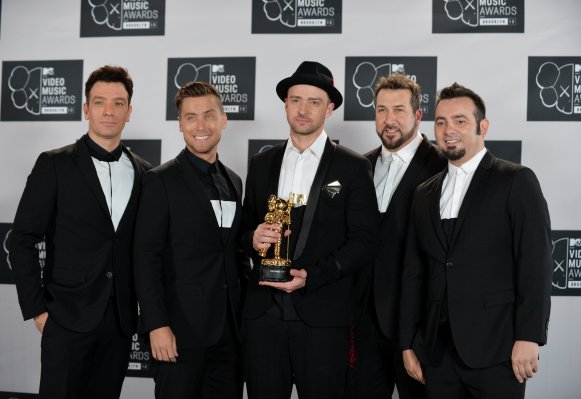 *NSYNC Congratulate Adele on Breaking Their Record
Next Up: Editor's Pick