Obama Goes to Riyadh to Reassure the Saudis on Security

U.S. President Barack is on a week-long trip to the Netherlands, Belgium, Italy and Saudi Arabia.
© Paul Vreeker – Reuters
By Michelle Arrouas

When U.S. President Barack Obama visits Riyadh Friday, one of the main goals is to convey to the Saudis that the American commitment to their security remains iron-clad, the New York Times reports.

The strategic relationship between the U.S. and Saudi Arabia has been a stabilizing force in the Middle East for decades, but recently the allies have faced disagreements over policies toward Iran, Syria and Egypt.

“Their view of Mr. Obama is that his entire understanding is wrong. The trust in him is not very high, so he will not have an easy ride, and a lot of hard questions will be put on the table,” Mustafa Alani, an analyst at the Geneva-based Gulf Research Center, told the Times.

Negotiations with Riyadh’s arch-rival Iran over Tehran’s nuclear program, and the possible lifting of sanctions on Iran, have especially worried and angered the Saudis. 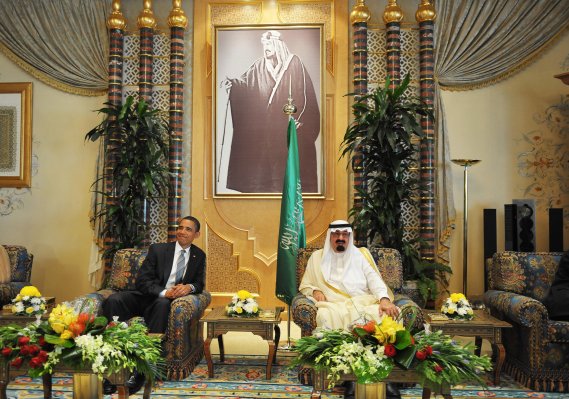 The King And O
Next Up: Editor's Pick