Texas Sen. Ted Cruz has overtaken Ben Carson in Iowa to statistically tie Donald Trump atop the polls in the first-in-the-nation caucus state as foreign policy has reemerged as a key issue with the electorate following the Paris terrorist attacks.

In a survey of likely Iowa Republican caucus-goers by Quinnipiac University, Cruz received the support of 23%, up from 10% on October 22, with Trump leading with 25%. Carson, who topped last month’s survey with 28%, has fallen 10 points to 18%, amid scrutiny of his credentials on world affairs.

Cruz’s rise comes as he has attacked Florida Sen. Marco Rubio’s past support for comprehensive immigration reform, and as he secured the endorsement of Iowa Rep. Steve King. Rubio, who surged after the October CNBC debate, but has seen his poll numbers in Iowa remain a steady 13%.

Cruz has been angling for the support of the state’s powerful evangelical voting blocs, appearing Friday at a presidential forum hosted by the Iowa Family Leader group appearing to steal the show over his six rivals in attendance.

Former Florida Gov. Jeb Bush has not been able to reverse his decline in the state, slipping from 5% to 4% in the last month. Former Arkansas Gov. Mike Huckabee and former Pennsylvania Sen. Rick Santorum, who won the last two caucuses and are running long-shot repeat bids, each poll at 2%.

The survey of 600 likely Iowa Republican Caucus participants was conducted from November 16-22. with a margin of error of ±4 percentage points. 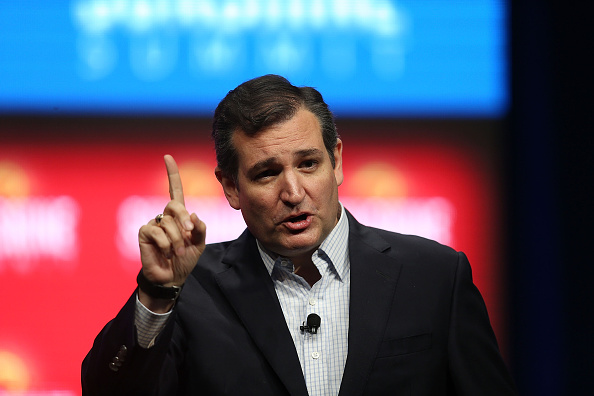 Ted Cruz Won't Rule Out Legalization for Undocumented
Next Up: Editor's Pick