The $160 billion mega-merger of pharmaceutical giants Pfizer and Allergan isn’t just about drugs. It’s also about taxes—or rather, avoiding them.

Pfizer, currently based in New York, wants the merger so that it can move its domicile to Ireland, where Allergan is technically headquartered (though much of its operations are run through its New Jersey corporate office). This financial maneuver, known as an inversion, would allow the creator of Viagra to avoid paying the United States’ corporate tax rate of 35%, the highest in the industrialized world. In Ireland, the equivalent rate is 12.5%.

Pfizer, like most large corporations, has already proven adept at lowering the taxes it actually pays out. Its effective tax rate during the first nine months of 2015 was 23.4%, according to its most recent earnings report. In the merger announcement Pfizer said that its tax rate would fall to 17%-18% in the first full year after the transaction closes. If Pfizer can get that rate down to 15% by 2017, it will save $2.1 billion in taxes that year, according to analysts’ estimates cited by the New York Times.

This tax-lowering maneuver is a controversial move that a growing number of U.S. businesses, such as Burger King, are adopting — at a cost to the taxpayer of almost $2o billion over a decade, according to one estimate from 2014. The Obama Administration has come out against the practice, with Treasury Secretary Jack Lew saying that inversions “hollow out the U.S. corporate tax base” in a letter to Congress last year. Some critics have described the practice as downright un-American. As Fortune’s Allan Sloan explained:

Pfizer did not immediately respond to a request for comment from TIME. But in October CEO Ian Read told the Wall Street Journal that paying the U.S. corporate tax rate was like battling “with one hand tied behind our back” against foreign competitors. Read, who has lobbied Washington to lower the tax rate, said he didn’t expect legislators to reform the American tax code anytime soon.

In fact, the government may make moves to make inversions more difficult. Just last week the Treasury issued a notice that places more limits on the ability of companies to legally execute inversions. However, it’s unclear whether the change will come quickly enought to affect the Pfizer-Allergan deal. The merger is expected to close in the second half of 2016. 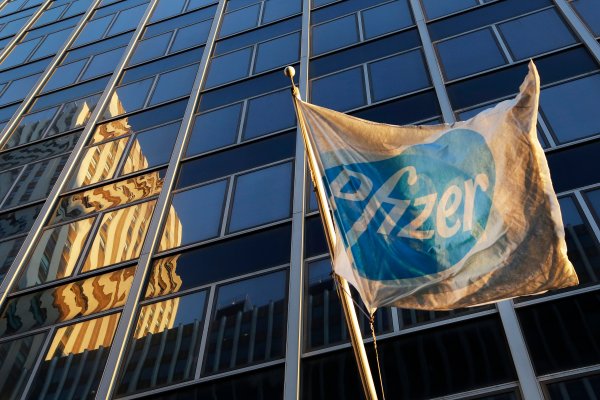 Pfizer, Allergan Agree on $160 Billion Merger
Next Up: Editor's Pick