Demi Lovato joined Alanis Morissette for a killer rendition of Morissette’s “You Oughta Know” at Sunday night’s American Music Awards. The duo teamed up for the performance to celebrate the 20th anniversary of Morissette’s iconic 1995 album Jagged Little Pill.

The duet was Lovato’s second song of the night — the 23-year-old singer had appeared earlier on the AMAs stage to belt out “Confident,” a hit single from her latest album.

Morissette put out her last album in 2012 but has been making the rounds to commemorate the two-decade anniversary of the release that put her on the map. She recently sat down with James Corden on The Late Late Show to perform a modernized version of “Ironic.”

Watch the full performance below: 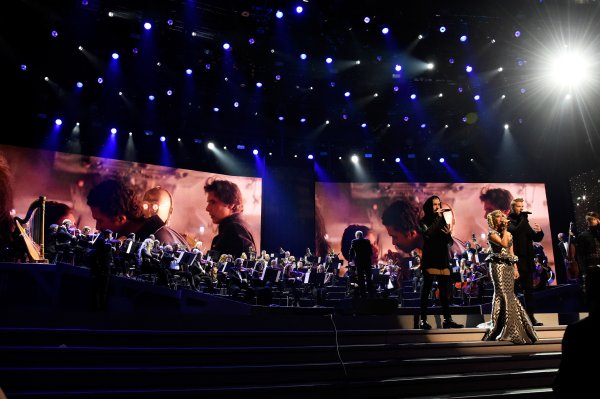 The Force Is Strong with This Acapella Star Wars Medley
Next Up: Editor's Pick