U.K. Prime Minister David Cameron is to seek Parliamentary approval to join the coalition air campaign against ISIS in Syria.

Speaking from Paris on Monday where he held talks with French President François Hollande, Cameron says that it was his “firm conviction” that the U.K. should join air strikes in Syria but the decision would be up to British lawmakers, BBC reports.

“I firmly support the action that President Hollande has taken to strike (ISIS) in Syria and it is my firm conviction that Britain should do so too. Of course that will be a decision for Parliament to make,” Cameron told a news conference.

He will set out his case this week for a vote expected before Parliament breaks up for Christmas on Dec. 17. The U.K. is currently making its airbase in Cyprus available to French forces.

Members of Parliament voted against air strikes in Syria in 2013 in a significant defeat for Cameron, though the Royal Air Force has been conducting strikes in Iraq. 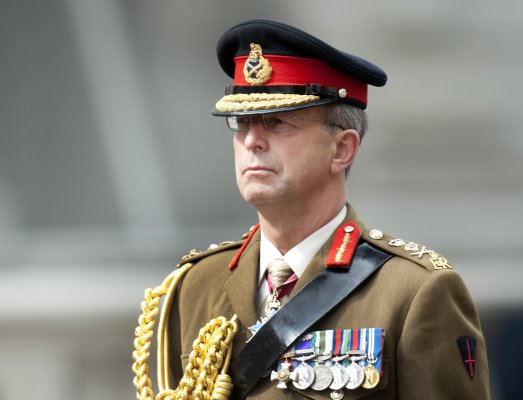 West Should Make Peace With Assad to Defeat ISIS, Says Ex-Army Chief
Next Up: Editor's Pick