On the last episode of Last Week Tonight of the year, Oliver called for a small change that could have big results for the U.S. economy — ending the penny.

According to Oliver, 8 billion pennies are produced each year, and in an ironic twist, it actually costs 1.7¢ to make one cent. Pennies are made out of zinc, and since according to Oliver there is no material that is cheaper than zinc, “unless we start using used DVD copies of The Cosby Show, there is no way to make the penny for less money.”

That waste is made even more wasteful when in a 2002 Gallup poll, 2% of Americans admit to simply throwing pennies in the trash — or far worse. To document Americans’ disinterest in the coin, a few years back a New York local news channel dumped 150 pennies on the ground and over the course of 25 minutes, no one bothered to pick a single one up. As Oliver put it, “The prospect of picking up free U.S. currency on the ground is treated like a free copy of Kirstie Alley’s memoir resting in a used diaper.”

Oliver claims that pennies are only good for two things: throwing into a fountain to make a mouse-size wish or using them out of spite like a student who paid a $110 parking ticket in 11,000 pennies and then watched the clerks count the pennies for almost four hours.

Other countries have done away with the penny and survived, and Oliver thinks the U.S. should too. 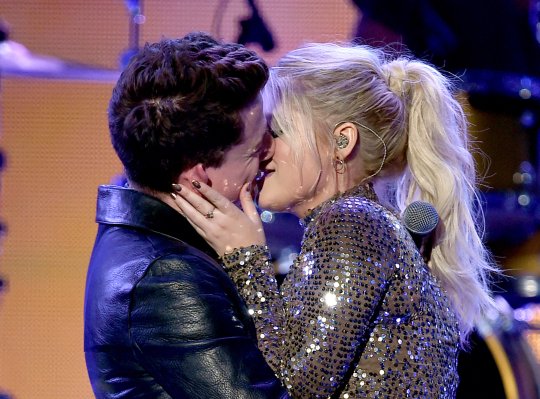 Meghan Trainor and Charlie Puth Make Out on Stage at AMAs
Next Up: Editor's Pick