Here's What Actually Happened to Glenn on The Walking Dead

Ever since “Thank You,” episode three of season six of The Walking Dead, fans have been debating the fate of Glenn Rhee (Steven Yeun), the protean scavenger who’s been a mainstay on the series since Season One. He appeared to fall to a gruesome death, but many didn’t buy it — even when Yuen’s name was scrubbed from the program’s opening credits.

Here’s what actually happened, as revealed during the episode of the show that aired on Nov. 22: after finding themselves stuck in a dead-end alley, Glenn and a secondary character named Nicholas get trapped on top of a dumpster. Nicholas panics, shoots himself, knocking them both into a crowd of walkers. Glenn appeared to die:

… but was lying underneath Nicholas’ body as the walkers chowed down, after all.

Glenn’s return may not be for very long. Previous characters on the show who have gone missing for extended periods of time have returned only to be killed off. And readers of the comic-book version of The Walking Dead know that Glenn meets an untimely end at the hands of archvillain Negan. The Hollywood Reporter recently reported that Jeffrey Dean Morgan has been cast as Negan and is due to appear in seasons six and seven. 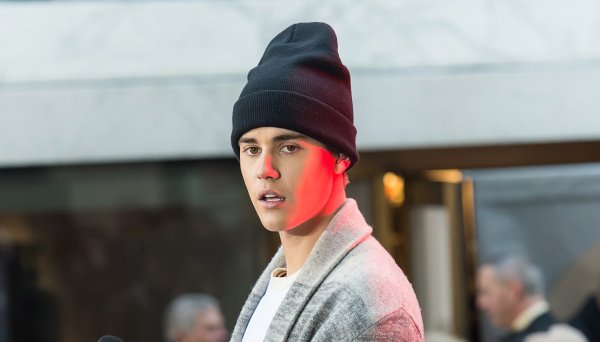 Justin Bieber Beats Out One Direction For No. 1 In Album Sales
Next Up: Editor's Pick