SpaceX Will Officially Carry Astronauts to the Space Station

NASA announced Friday that it has placed a mission order for SpaceX to carry astronauts to the International Space Station, after a recent order for Boeing to bring astronauts into space.

The announcement is just a formal request for the first of four missions NASA has already guaranteed to SpaceX, so it’s not entirely unexpected. But it does mean that NASA has enough confidence in SpaceX after last year’s disastrous SpaceX rocket crash to move forward with the plan. Boeing got their order six months ago. NASA says that commercial space flight could increase the research capabilities on the International Space Station.

Astronauts wanting to get to the ISS must currently hitch a ride with the Russian Federal Space Agency, which comes with astronomical costs.

The launch is likely to happen in 2017 or later. 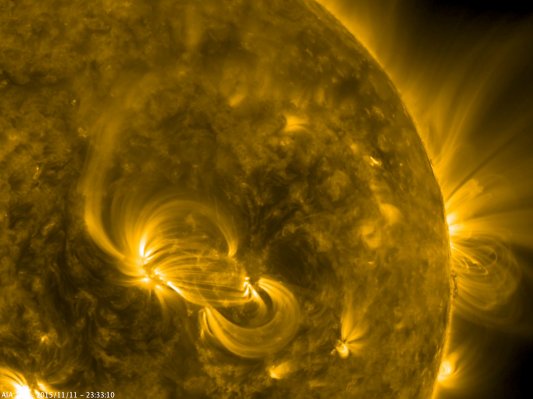 See the Sun's Glowing Magnetic Fields
Next Up: Editor's Pick