The Best Way to Give Thanks? How About a Raise?

Ideas
By Anna Lappé and Joann Lo
Joann Lo is a director of the Food Chain Workers Alliance.

Just five years ago, many would have considered it impossible to pass a $15 minimum wage in this country. Today, nine cities, counties or states have passed policies for $15 an hour or more. Many others are contemplating similar measures. Several years ago even the most diehard labor activist would have considered it pie-in-the-sky to imagine mass action by the low wage workers of Walmart, the largest corporation in the world. This Black Friday, thousands of Walmart workers and their supporters will take to the streets again to demand $15 an hour and full-time hours.

As we gather around the table today, we are connected to this movement whether we realize it or not. Paleo or vegan, gluten-free or omnivorous, your dinner has been brought to you by likely hundreds of the 20 million people who work along the food chain: from meat packers to truckers, grocery clerks and farmworkers. Perhaps no other day is so clearly a reminder of how out of whack are the values of our food chain. While healthy, safe, affordable food is likely high on all of our lists of important things, those making sure such food is on our tables are among the most exploited, overworked and underpaid.

It’s not just poor wages; it’s also dangerous working conditions. Workers on conventional farms are exposed to a barrage of toxic chemicals, many of which have been associated with a variety of cancers and hormonal and neurological problems. Studies published by the California Cancer Registry have found that farmworkers have higher risks of lymphomas and leukemia, as well as brain, stomach, prostate and cervical cancers.

Workers across the food chain are at risk. Meat processors, for example, are injured on the job at two and a half times the rate of the national average—a reality that has gotten worse as the industry has pushed out organized labor and workers have lost protections. In his devastating book The Chain, journalist Ted Genoways details the dangerous conditions on pork processing floors in the Midwest where line speeds force workers to work harder and faster, leading to a range of health concerns.

It’s no surprise to us that worker protections are key to food safety. We have seen time and time again that workers who don’t have union protection are afraid to speak up about food safety violations for fear of losing their jobs. And in one survey of Alliance members, 53 percent reported going to work sick because they lacked paid sick days or protection for an illness-related absence. In fact, four out of five workers surveyed reported either not having paid sick days or not knowing whether they did—which generally means they do not.

The call for higher wages for food workers is often met with concern about skyrocketing food prices. We understand the worry. After all, 45 million Americans—that’s more than the entire population of Canada—rely on government support to feed their families. But data shows meaningful improvement in worker wages need not translate into significant increases in food prices. In one study from UC Berkeley, if Walmart raised its minimum wage to $12 per hour, the cost to the average shopper would be just 46 cents per trip. In another study, researchers found that a 40 percent increase in restaurant workers’ minimum wage raised prices by less than 3 percent. When the Coalition of Immokalee Workers secured a big win for its Florida tomato pickers, they were able to double members’ income with only one penny more per pound of tomatoes. Even if growers passed on the entire raise to consumers, we believe most would be willing to pay a penny more per pound for fairness.

How can we know workers are paid and treated fairly? There are more and more ways to do so. The national network Restaurant Opportunities Centers United and RAISE, an association of industry leaders, are developing a cadre of “high-road” restaurants championing living wages, basic benefits and fair promotion policies. The new label, Food Justice-Certified, will be another tool to assure worker fairness. And while the organic certification is not a labor standard—there are no provisions for wages or working conditions—choosing organic-certified food does guarantee that farmers and farmworkers aren’t exposed to toxic pesticides in the field.

As we dig into our meal today, we do so at a moment when there is a sea change afoot in food, from a system built on exploitation to an emergent one built on respect and fairness. One day soon, we hope, all of us will be able to dine with the peace of mind that everyone along the food chain was treated with dignity. To get there will take all of us: food workers and concerned eaters, united together. As workers take to the streets and diners nationwide call for higher wages, we’re more confident than ever that we will. 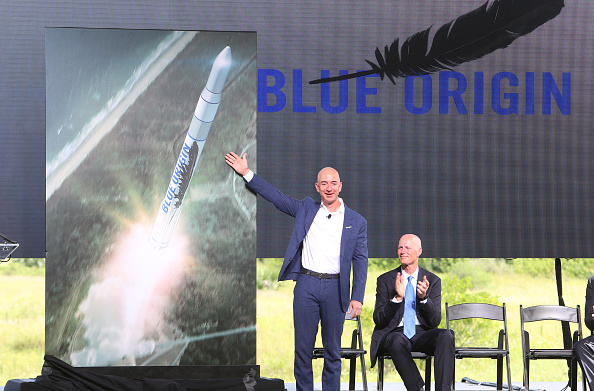 Opening the Door to Space Tourism
Next Up: Editor's Pick