High school can be a difficult time, but it can be even more difficult to learn the kid who everyone picked on in high school is now a CIA agent. And he needs some help from the former coolest kid in school.

That’s just how Kevin Hart’s accountant in Central Intelligence becomes wrapped up in the life of his former classmate, a zero-turned-hero named Bob (Dwayne “The Rock” Johnson). The first trailer for the film shows how Hart is pulled into a completely different — and much more violent — life as Bob, at seemingly every turn, almost gets the pair of unlikely partners killed.

In addition to all of the action comedy’s more explosiove moments, the trailer also teases the high school flashbacks, which include Hart with a little more hair, and Johnson’s Bob just as big, but not in the muscle-bound way fans of The Rock may expect.

Watch the full teaser above for the film, which also stars Aaron Paul and Amy Ryan. Directed by We’re the Millers’ Rawson Marshall Thurber, Central Intelligence will hit theaters on June 17. 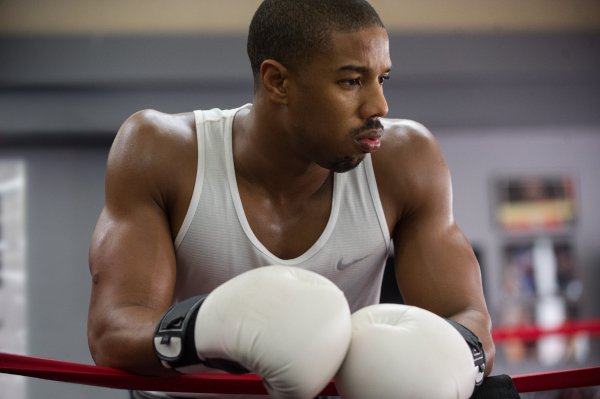 Creed Star Michael B. Jordan on How He Plans to Take Over Hollywood
Next Up: Editor's Pick