The portraits of multiple black law professors at Harvard Law School were defaced with black tape Thursday morning, prompting outrage from students and faculty members. The Harvard University Police Department will investigate the situation as a hate crime.

Ronald S. Sullivan Jr, a black law professor at Harvard, posted an image of his own portrait with tape over it on Twitter. Later, after the tape had been removed, students put Post-It notes on professors’ portraits expressing gratitude for their work.

On Thursday afternoon hundreds of Harvard Law students and faculty gathered for a community meeting to discuss race relations at the school. Some students criticized the school for not being fully inclusive toward minority students.

Black tape had previously been placed on the school seal by student protesters who believe Harvard should remove a crest from a family that owned slaves. 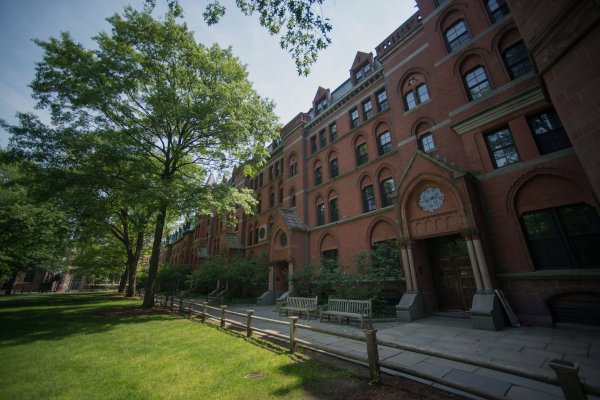 What Belonging at Yale Really Means
Next Up: Editor's Pick