This New Gadget Could Prevent Another Volkswagen Cheating Scandal

Dan Carder is the researcher at West Virginia University who, with his team, first noticed that Volkswagen cars had different emissions on the road than they did in the lab. That discovery led the EPA to find defeat devices in Volkswagen cars, igniting the scandal that could cost the company billions and forever change the way cars are tested. His next project is even more revolutionary: a tiny emissions measurement system that could fit on the tailpipe of thousands of cars, so each driver knows exactly how much pollution he or she is emitting into the atmosphere, and regulatory agencies could crowdsource emissions data.

Read More: Meet the Man Who Brought Down Volkswagen

When Carder and his team first discovered the emissions cheat in the VW diesel cars, they were using a PEMS, or portable emissions measurement system, which is a way of testing cars’ emissions when they’re on the road rather than in a lab. But the trouble is, PEMS systems are cumbersome (about the size of a picnic cooler) and expensive (hundreds of thousands of dollars), so it’s difficult for all cars to be regularly tested on the go.

To make it easier for more people to test more cars on the road, Carder had an idea: a tiny PEMS system that can fit on a tailpipe, shown in the picture above. This device, called a Micro-PEMS or “AirCom,” can measure emissions as the driver goes about his or her day. When the driver is emitting a lot of pollution, or entering a high-emissions area, the device could either communicate to the car to switch to a more fuel-efficient mode, or tell the driver to take a detour to avoid adding more pollution to an already congested area. Plus, it could give more comprehensive data to air quality modelers, who could rely on real-world emissions data instead of projections (although the smaller device is slightly less accurate than the lab, the mass distribution model would make it more representative). At least that’s the idea one day—right now, it’s still in prototype mode. 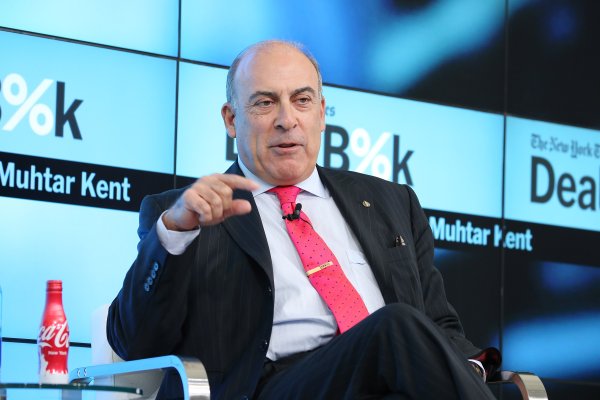 Coca-Cola CEO Muhtar Kent: 'You Have to Be a Feminist'
Next Up: Editor's Pick