Kids on ADHD Medication Are More Likely to Be Bullied, Study Says

Children who take commonly-prescribed stimulants to treat their attention disorders are more likely to be victimized at school than children who do not have ADHD, according to a new study.

The findings come from a survey of almost 5,000 children in five public school across four years, comparing those who had ADHD; those who had recently been prescribed medication for it; those whose medication had ever been “diverted,” meaning it didn’t get to its intended recipient; and kids with no diagnosis.

Just because you’re a parent doesn’t mean all your reading has to be be boring: sign up for TIME’s weekly parenting newsletter.

“We know that among adolescents in the U.S., prescription stimulants are some of the most misused and shared diverted and drugs,” says Quyen Epstein-Ngo, a research assistant Psychology professor at the University of Michigan. “We also know that bullying is a real issue. There was some research that suggested that kids were having their medication stolen or were being coerced into giving it away.”

Epstein-Ngo believes access to the drugs may be one of the reasons that children with Attention-Deficit/Hyperactivity Disorder (ADHD) are targeted.

“Kids who have a prescription are twice as likely to be victimized as those without ADHD,” says Epstein-Ngo, and for those who had ever shared their prescription, whether willingly or under duress, that likelihood more than doubled.

Children who have either shared their medication or had it taken from them in the previous 12 months were also even more likely—four and a half times more likely—to be frequently bullied, the study showed.

ADHD has become an increasingly common condition in the past few years; climbing 40% between 2003 and 2011. It’s now estimated that one in 10 children have been diagnosed with an attention disorder.

Prescriptions for ADHD medications have also spiked, rising 27% between 2007 and 2011, the latest years for which figures are available. Among the most common treatments are stimulants, such as an amphetamine-dextroamphetamine combination agent or methylphenidate, both of which are Schedule II controlled substances.

Read TIME’s special report on Growing up with ADHD

Previous studies have shown that kids who have ADHD often have a harder time making friends, have more anxiety and substance abuse issues and are more likely to go the emergency room than those without the disorder.

Those conditions alone would leave them open to more peer victimization, but being in possession of drugs appears to be making it worse. “There are a few reasons why kids want these drugs,” says Epstein-Ngo. “Kids get high off of them. The drugs may enhance the effects of other drugs, which is very dangerous stuff. They also may want the drugs to study for finals or exams.”

The most dangerous time for kids to lose their medicine seems to be just as they are entering high school, since freshmen both want to be accepted and are the most physically vulnerable.

While Epstein-Ngo wants there to be more study into the phenomenon, she thinks schools should be aware of the potential for victimization, and consider keeping any drugs in their nurse’s or principal’s office. She also wants parents to have a discussion with their children, letting them know that it’s a bad idea—and also illegal—to sell or share the drugs. “It’s important to have the conversations about not sharing for any reason,” she says. “Even with a friend.” 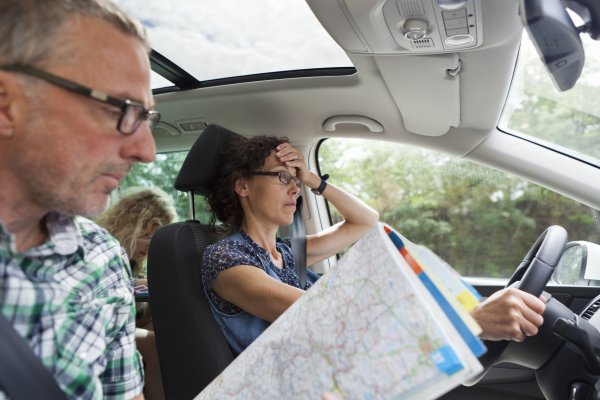 How to Keep Your Family Safe While You're Overseas
Next Up: Editor's Pick