Judge Rules Video of Laquan McDonald's Shooting Can Be Made Public

The video showing Chicago police shooting 17-year-old Laquan McDonald 16 times could be released following a judge’s ruling Thursday saying the city could not prove the video’s release would undermine an ongoing investigation into the incident.

According to the Chicago Tribune, the city immediately asked Cook County Judge Franklin Valderrama to stay his decision. The judge set a deadline of Nov. 25 to release the video, allowing the city to appeal the decision in front of the Illinois Appellate Court.

The video of the Oct. 20, 2014, incident was taken from a Chicago police car dash cam and is being sought by a freelance journalist through a Freedom of Information Act request. Two attorneys who have seen the video say it shows McDonald, a black teenager, being shot 16 times by Jason Van Dyke, a white officer. Police say McDonald had PCP in his system and lunged at officers after refusing to drop a knife he was carrying. Lawyers who have viewed the video say McDonald was walking away from police when he was shot. 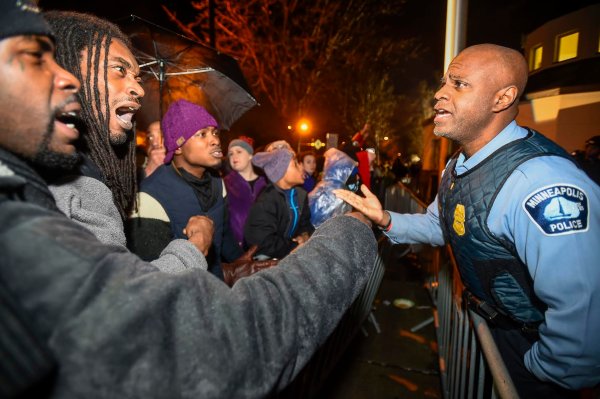 Minneapolis Erupts Over a Police-Related Shooting
Next Up: Editor's Pick