Racism has existed in all countries ever since the invention of the scapegoat. There will probably always be racists. The solution is not to paw through the minds of every citizen, searching for the least little ember of racism, but to prevent racists from putting their nauseating ideas into words, from claiming their “right” to be racists, to express their hatred.

In France, racist speech was largely set free by Nicolas Sarkozy and the issue he made of national identity. When the highest authority of the state stands up in front of assholes and bastards and tells them, “Let ’er rip, boys,” what do you think the assholes and bastards are going to do? They’re going to start saying publicly what, up till then, they had limited themselves to belching out at the drunken conclusion of family dinners. Racist speech, which our institutions, politicians and intellectuals had succeeded in confining to the zone between the xenophobe’s teeth and his kitchen door, made its way out into the street, flooded the media and further befouled the plumbing of social networks.

When a veiled woman is harassed and assaulted because she is veiled in the Muslim fashion (the elusive aggressor generally being described as a skinhead), the anti-Islamophobe champions the victim as a representative of Islam. Not because she is a citizen who happens to have been singled out by a fascist for her beliefs. For her champion, the sin lies in the fact that she has been attacked not as a citizen who has the right to dress as she likes, but as a Muslim woman. The real victim is Islam. God has thus been placed well above his believer, but when the latter is harmed, God is the intended target. This is what the anti-Islamophobic activist finds truly unacceptable.

And that’s why anti-Islamophobes have not chosen to call themselves “anti-Muslimophobes.” They consider the Muslims they defend to be merely the instruments of God.

It’s gotten to the point where you might get the impression that foreigners or citizens of foreign extraction are assaulted in France solely for being Muslims. Victims of racism who are of Indian, Asian, Roma, black African or Caribbean descent may soon need to find themselves a religion if they wish to be protected.

Minority pressure group activists who seek to impose the concept of “Islamophobia” on judicial and political authorities have only one goal: to persuade the victims of racism to proclaim themselves Muslim. Forgive me, but the fact that racists may also be Islamophobic is essentially incidental. They are racists first, and merely use Islam to target their intended victim: the foreigner or person of foreign extraction. By taking only the racist’s Islamophobia into account, we minimize the danger of his racism. Yesterday’s anti-racism activist is turning into the salesman of a highly specialized commodity: a niche form of discrimination.

The fight against racism is a fight against all forms of racism; but what is the fight against Islamophobia against? Is it against criticizing a religion or against abhorring its practitioners because they are of foreign descent? Racists have a field day when we debate whether it is racist to say the Koran is a useless rag. If tomorrow the Muslims of France were to convert to Catholicism or renounce all religion, it wouldn’t make the least bit of difference to the racists—they would continue to hold these foreigners or French citizens of foreign descent responsible for every affliction.

Okay, so Mouloud and Gérard are Muslims. Mouloud is of North African extraction and comes from a Muslim family; Gérard is of European origin and comes from a Catholic family. Gérard has converted to Islam. Both are trying to rent the same apartment. Assuming they have similar incomes, which of the two Muslims is more likely to get the apartment? The Arab-looking fellow or the white guy? It’s not the Muslim who will be turned away; it’s the Arab. The fact that the Arab bears no outward sign of belonging to the Muslim faith changes nothing. Yet what does the anti-Islamophobia activist do? He charges religious discrimination instead of decrying racism….

Social discrimination, while the subject of much less debate than religious discrimination because it is manifested more insidiously and discreetly, is nevertheless far more predominant in France. Managers choose their future employees less on the basis of their religious membership, true or supposed, than, for instance, on their place of residence. Between the Mouloud who lives in upscale Neuilly-sur-Seine and the Mouloud who lives in the down-at-heel banlieue of Argenteuil, which of the two, assuming they are of equal competence, is more likely to get the job? Yet who ever talks about this kind of discrimination? People are massively discriminated against based on their social class, but since a large proportion of the poor—whom no one wants hanging around their place of work, their neighborhood, or their building—is made up of people of foreign descent and, among these, a great many of Muslim origin, the Islamic activist will claim that the problem is Islamophobia. 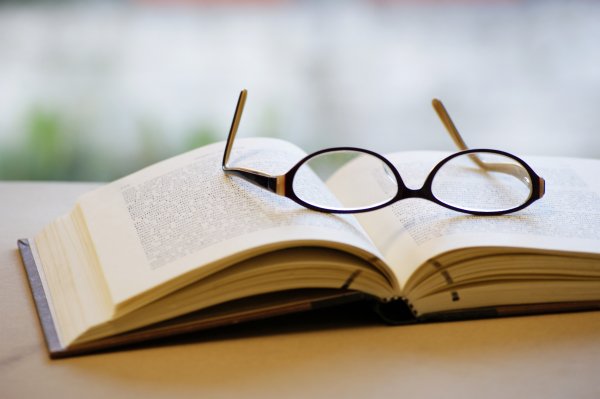 How to Choose What to Read
Next Up: Editor's Pick