How Terror Could Kill the European Project

The terrorist attack in Paris was almost certainly planned by ISIS militants in Syria, but Europe and the Middle East have been feeding each other’s crises for some time. Five years ago, Europeans faced a serious financial and economic meltdown that called the very survival of the euro zone into question. Those quakes were felt in North Africa and the Middle East, where trade, tourism and remittances from locals sending money home from Europe all fell at once. That helped trigger the unrest that gave birth to the Arab Spring, a surge of turmoil in the region that generated fear and unrest that have not abated. The breakdown of order and security is now sending refugees and security threats toward Europe, and they’re arriving at a time when the E.U.’s economy had only just begun to show new signs of life.

Given the number of refugees now in Turkey and Jordan and the number who desperately want out of Syria, the U.N. refugee agency estimates that just a fraction of this human traffic has already reached Europe. The E.U. has forecast that 3 million migrants could arrive in Europe by the end of 2016.

The migrants and the fear of more terrorist attacks will play a role in Britain’s upcoming referendum on the future of its E.U. membership, and it will become a central issue in next month’s regional elections in France, as well as its 2017 presidential election. But Germany is the most important country to watch. Chancellor Angela Merkel’s willingness to accept hundreds of thousands more refugees into Germany represents a huge political gamble. German authorities have already documented over 700 attacks against migrants inside Germany in 2015. In the wake of the Paris attacks, her position is increasingly unpopular–in Germany and across the Continent. If domestic politics shifts against her, if the German government feels it must impose extraordinary controls on its borders, if the door closes on migrants, the rest of Europe will follow Germany’s lead.

Make no mistake: these questions pose a greater threat to the broader European project than anything we’ve seen in decades. 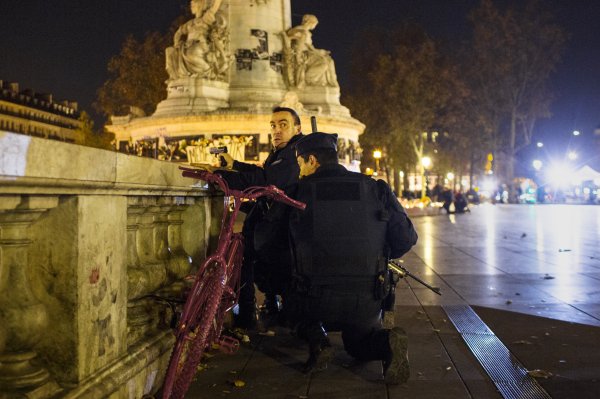 How to Beat ISIS
Next Up: Editor's Pick