Why the Debate Over Refugees Turned Ugly

The debate over accepting Syrian refugees took a darker turn Wednesday, as a Tennessee Republican leader called for them to be forcibly rounded up in his state. In Washington, Republicans are set to move forward with a bill to halt accepting new refugees until the Obama Administration takes new steps to verify their security status, while the White House has promised to veto the legislation. GOP presidential candidates have shifted their positions on refugees following the Paris attacks, taking a more hard-line view than they had just weeks ago. It’s not only Republicans. New Hampshire Gov. Maggie Hassan has called for a refugee freeze, while the Democratic mayor of Roanoke, Virginia, cited the example of World War II internment of Japanese-Americans to justify turning refugees away.

Jeb Bush has seen a marked improvement on the stump, after his campaign hired a new public speaking coach. The one-time GOP front-runner delivered a well-regarded speech on foreign policy Wednesday, before beginning a two-day New Hampshire swing. His remarks were panned, however, by John Kasich, who argued he’d already laid out similar positions. Meanwhile, the Kasich super PAC is comparing Donald Trump and Ben Carson to Obama in a new ad, arguing the country can’t afford leaders who are learning on the job..

Bernie Sanders’ is benefitting from a super PAC despite his frequent attacks on the influence of money in politics. Obama pledges to continue efforts to close Guantanamo. And the marriage that changed what it means to be First Lady.

How to Beat ISIS
The war against the terror group requires the kind of grit and leadership that have gone missing, TIME’s David Von Drehle writes on the cover of this week’s magazine

Jeb Bush Did Something New: He Commanded the Room
The cash-rich, poll-poor contender made an investment in a speech coach, and it’s paying off [Politico]

Two Clintons, 41 Years, $3 Billion: Inside the Couple’s Donor Network
How they did it [Washington Post]

“We need to activate the Tennessee National Guard and stop them from coming in to the state by whatever means we can…We need to gather (Syrian refugees) up and politely take them back to the ICE center.” — Tennessee House GOP Caucus Chairman Glen Casada

“I expect that early by next year we may even have fewer than a hundred people at Guantanamo.” — President Obama on attempting to fulfill one of his campaign promises Thursday 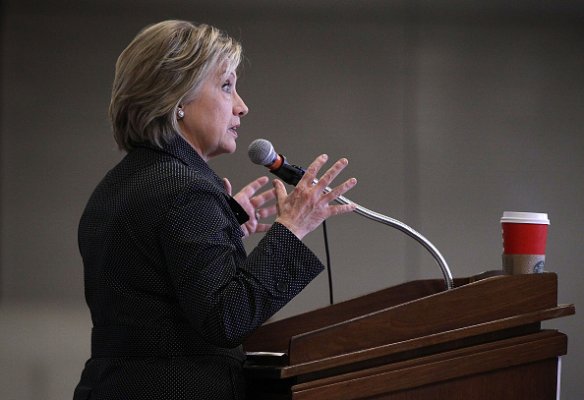 Hillary Clinton Lays Out ISIS Strategy
Next Up: Editor's Pick