China has not backed up its recent pledge to curb spying on the U.S. with concrete action, according to Washington’s counterintelligence chief.

The two countries agreed not to knowingly use hacking for commercial purposes during Chinese President Xi Jinping’s official state visit to the White House in September, reports Reuters, with officials from both governments due to meet early next month to discuss that accord.

However, Bill Evanina, head of the U.S. National Counterintelligence and Security Center (NCSC), said at a press briefing on Wednesday that he has seen “no indication” from the American private sector to suggest that Chinese espionage has diminished.

The U.S. government is aware that foreign intelligence services have increased efforts to target and collect American data in recent years, said Evanina, accusing China of technology theft from U.S. industry. He said his agency’s polls reveal that the majority of foreign espionage cases targeting American companies have involved China.

The NCSC published a 2016 “National Counterintelligence Strategy” plan on Wednesday, which Evanina said is the first report of its kind to address threats created by computer databanks and smartphone technology. 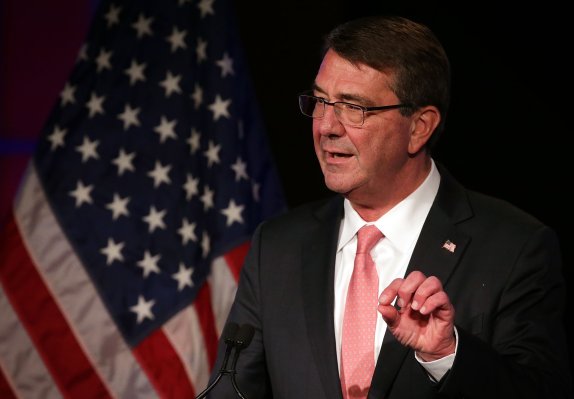 Defense Secretary: We Are at War With ISIS
Next Up: Editor's Pick