Defense Secretary Ashton Carter: We Are at War With ISIS

Defense Secretary Ashton Carter agrees that the United States is at war with ISIS in an interview airing Thursday on MSNBC’s Morning Joe.

Using the Obama administration’s preferred acronym for the Islamic State, Carter tells MSNBC’s Joe Scarborough and Mika Brzezinksi: “We have to defeat ISIL (ISIS). We will defeat ISIL. You see the barbarism associated with this, and so it is something that must be defeated.”

Asked by Scarborough whether he agrees with French President François Hollande that “we’re at war with ISIS,” Carter replies, “Yeah.” 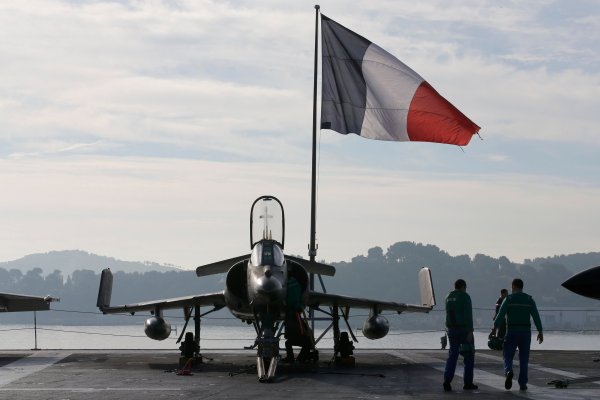 Iraq Vet: We Created ISIS—Now We Need a Plan to Defeat It
Next Up: Editor's Pick