Why We Need to Talk About Alzheimer’s

Illustration by Sydney Rae Hass for TIME
Ideas
By Marjorie S. Rosenthal
Marjorie S. Rosenthal is Assistant Director of the Robert Wood Johnson Foundation Clinical Scholars Program, Associate Professor in the Department of Pediatrics at the Yale University School of Medicine, and Public Voices Fellow with The Op-Ed Project.

About six weeks before my parents’ 53rd wedding anniversary, each one of them got on the phone and told me that living together wasn’t working out.

My mother called and told me that my father had walked across the hall to the neighbors’ apartment and refused to come back. He was over there complaining about her. He went over just after they got home from what she thought had been a lovely day.

“I wonder if he should be living here,” she told me.

When my father came back to the apartment, my mother put him on the phone.

“It’s just not working out,” he told me. “I am living with this woman and I am doing so much work for her. I am constantly cleaning for her and she is not helping me.”

“Dad, that’s Mom, you’re living with. Your wife.” I reminded him.

“Who?” asked my father, who had Alzheimer’s Disease.

For weeks before this incident, my mother had been half-heartedly investigating Alzheimer’s units in residential settings. Now he was saying it was the right time. Could they really be in sync on this, one of their last decisions as a married couple? Was just enough of my father’s brain working that he and my mother were still emotionally tied in that same way they were when they celebrated milestones or meted out punishments for the adolescent foibles of their offspring?

When it became clear to me a few years earlier that my father had early Alzheimer’s, I told my mother she should ask him what he wanted to do if the disease took over his ability to reason—Where did he want to live? What kinds of medical interventions did he want? What were his values about how he wanted to live and die? She said she would have the discussion. And then she didn’t. She said it was too hard.

My mother is not alone. Of the family members caring for the more than 5 million Americans with Alzheimer’s, many never have conversations with their loved ones regarding what they want other people to do for them when they get sick or disabled. While more than 80% of elderly people already living in a nursing home have written plans for what they want their loved ones to do, only 35% of Americans have written down their end-of-life wishes.

Interventions aimed at increasing advance-care planning are successful in creating plans, increasing discussions among loved ones, having the plans carried out and decreasing the stress, anxiety and depression among family members that can accompany making these decisions. Yet without a specific intervention aimed at increasing the process, the barriers are all too real. Family members don’t want to talk about it because they don’t want to worry each other, they mistrust the health-care system, or they don’t live close enough to each other to have the discussion face-to-face. Health-care providers don’t initiate the discussions because they don’t feel skilled at it, they don’t have a long-standing relationship with the family, they think the conversation should be initiated by the patient or they don’t want to deprive the patient and family of hope.

Since it’s hard to know exactly when my father’s Alzheimer’s started, it’s hard to know how long my mother was caring for my father at home. Over those years, she dutifully, lovingly and increasingly cared for his needs. Yet despite what I am convinced was a great marriage for the first 45 years, she never knew his wishes because they never talked about them. Maybe she wanted him to initiate the conversation. Maybe she didn’t want to deprive him—or herself—of hope. Maybe their health-care providers felt the same way.

Six months after my parents’ phone call to me, my mother moved my father into a long-term residential care facility where he lived until his death, about 15 months later. Those 15 months and the nine months since have been hard for my mother in a million big and tiny ways. She made decisions for both of them without the benefit of his input. She survived and is thriving. I just wish the health-care system could have eased the process for both of them.

Marjorie S. Rosenthal is Assistant Director of the Robert Wood Johnson Foundation Clinical Scholars Program, Associate Research Scientist in the Department of Pediatrics at the Yale University School of Medicine, and Public Voices Fellow with The Op-Ed Project. 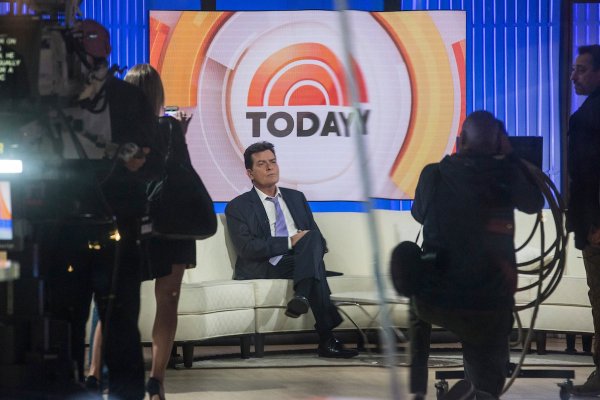 Charlie Sheen's Announcement Shows How Far the HIV Conversation Has Come
Next Up: Editor's Pick