A family of Syrian refugees were relocated Wednesday to Connecticut after the Governor of Indiana blocked resettlement in the state.

The family of three were set to arrive in Indianapolis Thursday, but were sent to Connecticut after Indiana Gov. Mike Pence ordered state agencies to stop resettlement following last Friday’s terrorist attacks in Paris, reports the Associated Press.

Connecticut Gov. Dannel P. Malloy told reporters that he welcomed the family personally when they arrived in New Haven.

“I have to say they were absolutely wonderful and charming folks,” Malloy told reporters at a news conference. “I told them that people in the United States are generous and good people but sometimes things happen elsewhere that cause people to forget about their generosity, forget about their native warmth and spirit.”

The two governors are an extension of a nationwide debate over what to do with refugees from Syria in the wake of deadly terrorist attacks last week. Indiana is among some 30 states who oppose resettlement of Syrian refugees. 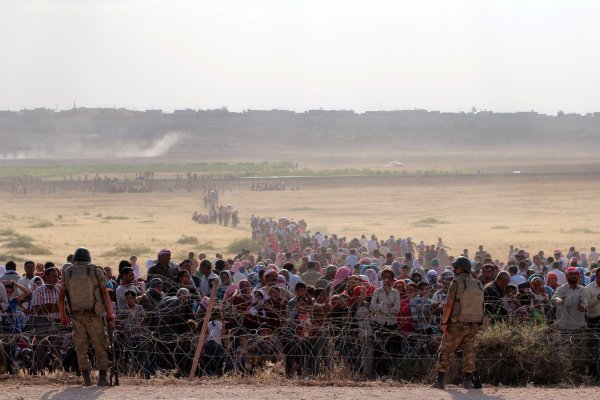 Mayor Cites Japanese Internment in His Opposition to Syrian Refugees
Next Up: Editor's Pick