Mayor Cites Japanese Internment in His Opposition to Syrian Refugees

A Virginia mayor reflected positively on the U.S. internment of Japanese Americans during World War II in a letter ordering agencies in his city not to assist Syrian refugees.

“I’m reminded that President Franklin D. Roosevelt felt compelled to sequester Japanese foreign nationals after the bombing of Pearl Harbor,” Roanoke Virginia Mayor David A. Bowers wrote in a letter. “It appears that the threat of harm to America from Isis now is just as real and serious as that from our enemies.”

Mentioning the Japanese internment in a positive light is an odd move for an elected official, no matter what one thinks of the current situation. Most historians consider internment—the official relocation of Americans of Japanese descent to secure camps far away from cities—a blight on the country’s history. The policy led the federal government to forcibly remove more than 100,000 people from their homes and place them in makeshift camps in remote locations. The interned often lost most or all of their assets due to the relocation process. On top of all that, officials don’t believe the program actually helped keep the country safe. Indeed, the U.S. federal government formally apologized for the decision in 1988 and offered $20,000 reparations to survivors.

TIME wrote at the time of the reparations:

Bowers, a Democrat, is far from the first official to express sentiment in opposition to the Syrian refugees. More than 20 governors have said they don’t want the refugees in their state in the wake of terrorist attacks in Paris that killed at least 129 people. The governors say that opening U.S. borders to refugees makes the country vulnerable to terrorists, though the investigation into how the Paris terror attacks occurred is ongoing.

Other state officials have spoken in even stronger terms. “We need to activate the Tennessee National Guard and stop them from coming in to the state by whatever means we can,” said Tennessee House GOP Caucus Chairman Glen Casada of the state’s refugees. “We need to gather (Syrian refugees) up and politely take them back to the ICE center [Immigration and Customs Enforcement] and say, ‘They’re not coming to Tennessee, they’re yours.’” 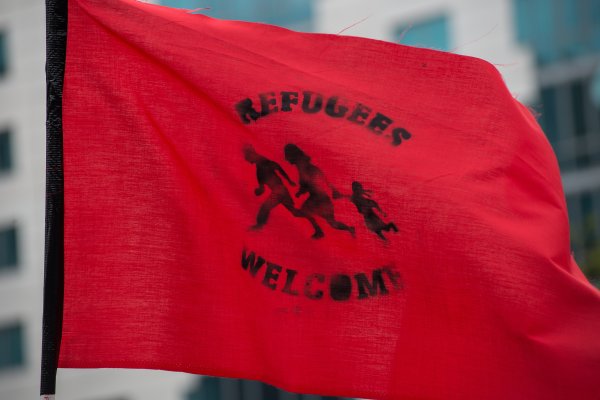