Apparently Hogwarts doesn’t teach you how to perform card tricks.

The new trailer for Now You See Me 2 features plenty of mind-bending magic, from disappearing acts to upside-down rain, but of all the cast members, the one with the worst magic skills is, surprisingly, the only one with wizard training: Daniel Radcliffe.

Radcliffe joins the returning cast from the 2013 film, which reunites the Horsemen for their biggest and most dangerous heist yet. As Morgan Freeman explains in the trailer, “People see the Horsemen as noble Robin Hoods, but I believe their first act was just the setup for an even bigger reveal.”

The Horsemen are now three instead of four, as Isla Fisher isn’t returning, but Mark Ruffalo, Woody Harrelson, Jesse Eisenberg, Dave Franco, Morgan Freeman and Michael Caine are all reprising their roles, with newcomers Radcliffe and Lizzy Caplan joining them. Jon M. Chu (Jem and the Holograms) replaces Louis Leterrier as director. The original was a surprise box office hit, and Lionsgate is already working on a third movie in the series. 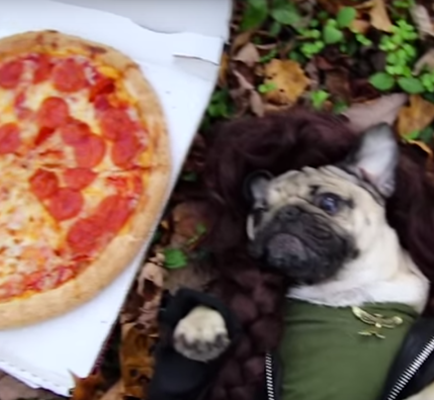 Well, Here's The Hunger Games Starring A Pug
Next Up: Editor's Pick