What The Danish Girl Reminds Us About Transgender People Throughout History

The new film The Danish Girl comes at a time of increased visibility and acceptance of transgender people. But the story of Lili Elbe, a transgender woman who was one of the first known recipients of a sex-change operation, is also a public reminder that complicated matters of gender and sex are nothing new.

The early years of TIME magazine—which coincided with the last years of Elbe’s life, before she died in 1931 not long after one of her surgeries—are rife with articles about people who were gender-nonconforming in one way or another. In some cases those stories, with their outdated phrasings, only put into perspective how much things have changed. Other articles, however, are written with a lack of judgment that may surprise modern readers.

In one 1929 example, the magazine reported on a British military captain who was revealed to have been a biological woman who had successfully passed as a man for five years, marrying and raising two children whom she had borne prior to “yielding” to “her tendency to transvestism.” Captain Barker’s biological sex became public when he was processed by a prison for men after being unable to pay a court fine. The discovery was a curiosity to a public “whose vocabularies do not even yet contain the noun transvestite, the verb transvestize, the adjective transvestile, the adverb transvestily,” TIME noted.

A 1936 story about a turn-of-the-century medical text about sex explained the situation in words that such a public could understand: “I often reflect sadly that I have no earthly chance of looking altogether like a woman,” one man who liked to dress in women’s clothes told the author. “Yet my eyes and smile are regarded as truly feminine, and happiness [brought on by the clothing] shows itself and soon improves my appearance.”

It’s a fitting reminder of the limits and complications of our vocabulary. The words that might be used today to express one’s identity weren’t always available, and nor were the social frameworks that might make that expression possible. The term “transgender” would not appear in the pages of TIME until the late 1990s.

Read more from 1998, here in the TIME Vault: Trans Across America 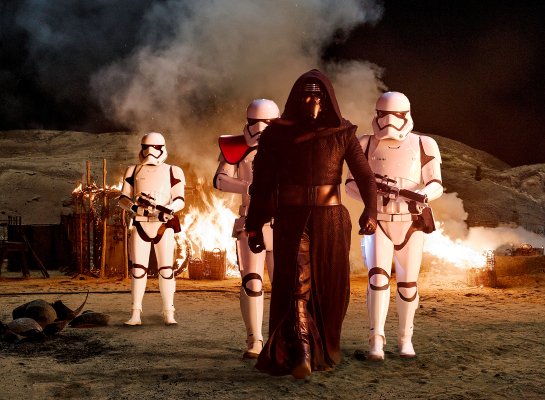 Watch Han Solo Open Fire in the New Trailer for Star Wars: The Force Awakens
Next Up: Editor's Pick