French authorities said Wednesday that they would block two massive rallies in Paris scheduled to coincide with a landmark conference on climate change set to begin later this month.

French Foreign Minister Laurent Fabius said the government hoped “to avoid any extra risk” in the aftermath of terrorist attacks that killed at least 129 people in the French capital city last week, the Associated Press reported. The rallies—scheduled for Nov. 29 and Dec. 12—were expected to draw 200,000 or more people to the streets of the French capital in support of strong measures to address global warming.

Climate activists encouraged supporters to follow through on plans to travel to Paris despite the setback and said they are considering alternate venues to rally supporters. More than 2,000 events, including 50 major marches, have been planned around the world in advance of the Paris climate talks, according to French 350.org organizer Nicolas Haeringer. Many indoor events—including a concert featuring Thom Yorke, Patti Smith and Flea—are expected to go forward as planned.

“While our plans in Paris must change, the movement for climate justice will not slow down,” said Haeringer in press release. “Together, we will continue to stand against violence and hatred with our peace and resolve.”

More than 100 heads of government have said they will attend the two-week climate conference, formally known as the 21st Conference of the Parties (COP 21). French officials have said that conference will proceed with heightened security following the attacks. The country had already planned strict border control in preparation for the conference, sending thousands of police officers to secure 285 ports of entry. The conference is expected to draw 40,000 attendees from around the world.

Negotiators say they hope the conference will yield a strong international agreement on climate change, but many climate activists say that even the strongest agreement that could come out of the negotiations will not be enough. 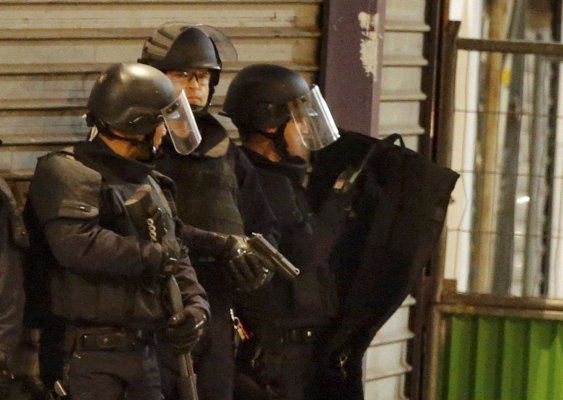 See Inside the Deadly Paris Terror Raids
Next Up: Editor's Pick