Paris Hilton may have coined the latest addition to the Washington, D.C. lexicon.

In October of 2008, the then-celebrity socialite starred in a “Funny or Die” online video with Martin Sheen. The (admittedly rather weak) joke was that Hilton—who had been singled out by Republican presidential candidate John McCain in an ad—was going to run for president herself.

“Nowadays, soundbites not sound policy determine our country’s course. I plan to bring a fake balanced approach to these real problems. For example, FoPo,” she told the former star of The West Wing. Sheen, puzzled, asked what she meant. “Foreign policy, silly,” she responded.

The abbreviation had already been in rare use on Twitter by then, mostly among the kind of people who tweet about foreign policy in the first place, but Hilton’s use of it seems to have been a key moment popularizing it.

And it was dutifully added to the Urban Dictionary, an online repository of dubious terms, in November. But the following year, it started to take off, mostly among millennials talking about college courses in foreign policy and Washington insiders who keep tabs on the issue talking amongst themselves.

By 2011, mainstream journalists were using it as well, which makes sense because it’s a handy shorthand in such an abbreviated medium and a way of making a subject many people find dry sound a little cooler.

With foreign policy back in the news, the word “fopo” appears poised to enter the mainstream, alongside other millennial abbreviations and Twitterisms like FOMO, IMHO and emoji.

The only question is: When will people start referring to domestic policy as “dopo”?

Read Next: Oxford’s 2015 Word of the Year Is This Emoji 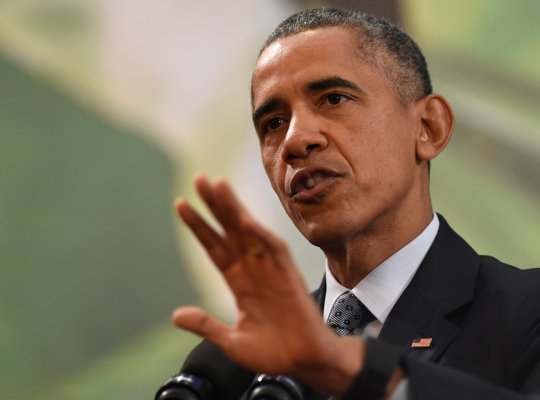 Republicans Hit Back at President Obama Over Refugee Criticism
Next Up: Editor's Pick