Jennifer Lawrence Removed From Some Hunger Games Posters in Israel

Cast member Jennifer Lawrence poses as she arrives for the world premiere of "The Hunger Games: Mockingjay - Part 2" in Berlin on Nov. 4, 2015.
Fabrizio Bensch—Reuters
By Samantha Grossman

In the lead-up to the premiere of The Hunger Games: Mockingjay — Part 2, posters have been hung up all around the world. According to Haaretz, Israel is no exception. Posters featuring the film’s star Jennifer Lawrence have been hung prominently all over the country—except in cities like Jerusalem and Bnei Brak. There, the posters only show the fiery crown in the background. The image of Katniss Everdeen (J.Law’s character) has been removed.

“We discovered that public posters with the image of a female are often torn down in Jerusalem, while Bnei Brak does not allow posters with female images,” a rep from the movie’s Israeli PR firm said.

The Bnei Brak municipality says that a regulation prevents hanging posters of women “that might incite the feelings of the city’s residents,” while the Jerusalem municipality said it has no such restriction and is unconnected to the poster in question. 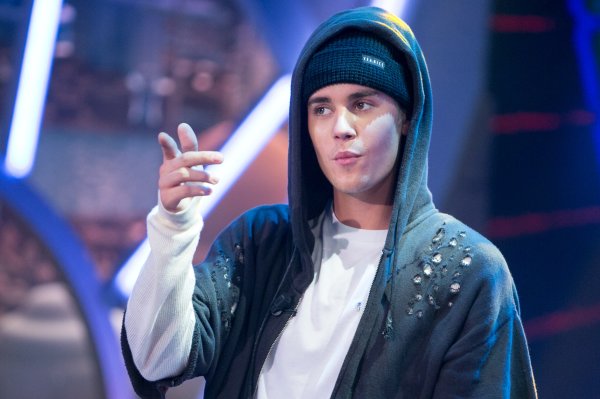