Supreme Allied Commander Europe (SACEUR) Admiral James Stavridis makes a speech at the departure ceremony for OTAN Rapid Deployable Corps - Italy bound for Afghanistan at Ugo Mara Barracks in Solbiate Olona, Italy, on Jan. 10, 2013.
Pier Marco Tacca—Getty Images
Ideas
By James Stavridis
Admiral Stavridis (Ret.), a TIME Contributing Editor, was the 16th Supreme Allied Commander at NATO and is an Operating Executive at The Carlyle Group. His new book is 2034: A Novel of the Next World War. His previous nonfiction book was Sailing True North: Ten Admirals and the Voyage of Character

As the world prepares its response to the recent trio of high visibility attacks by the Islamic State—destroying a Russian civilian airliner over the Sinai desert, blowing up a bustling marketplace in Lebanon, and multiple attacks in Paris—we will need a coalition campaign plan to respond effectively. No single nation has the will and the capability by itself to destroy the Islamic State.

The good news, such as it is, would be that ISIS has managed to infuriate much of the world through its strikes; as a direct result, creating a coalition to respond with military force is relatively easy in political terms. Indeed, the current coalition nominally has about 65 partners, according to the White House (although not even a third will likely actively participate in military operations at a significant level). Current or potential partners include the U.S., other NATO nations, countries with experience in Afghanistan (including Australia, New Zealand, Finland, Sweden, Georgia), Arab partners from the Sunni world, and even unconventional partners like Russia (and perhaps even Iran under certain circumstances).

The hard part will be drafting a military campaign plan to meld together disparate forces into a coherent fighting force. This will require cultural understanding, patience, ingenuity, determination and—above all—leadership. Each of the nations will probably come with so-called “caveats,” which will restrict their forces from certain activities. They will all have different capabilities, cultures, languages, supply systems, value sets and plenty of other differences. Coalition warfare is not for the faint of heart.

Ideally, NATO would lead the effort. The alliance has conducted extensive out-of-area combat operations over the past two decades in the Balkans, Iraq, at sea against piracy off the Horn of Africa, Libya, and above all for more than a decade in Afghanistan (where the alliance fielded more than 140,000 troops from 50 nations during my time as Supreme Allied Commander). For NATO to become the lead entity would require the 28 allied nations to all agree (as was the case in Afghanistan and Libya). Those conversations have not yet begun in earnest, but hopefully they will begin soon.

No matter the construct of the coalition—a coalition of the willing, a NATO-based operation, an E.U.- or U.N.-led mission, or some combination—there needs to be careful staff work to prepare the outlines of a successful campaign plan. This kind of thinking and planning is underway now in various capitals as military planners create options to present to civilian leaders. Here are some of the key elements that the leading planners should consider.

1. Establishing a robust and dependable command and control backbone. Without a defined chain-of-command, an integrated intelligence and targeting center, an operational command center with satellite entities in force concentration areas, a state of the art combined air operations center and an information technology system, the coalition campaign will be hamstrung from the start. The overall effort will need to be commanded by at least a 3-star General Officer (probably from the U.S.) with a capable and robust staff of several hundred experienced officers and senior enlisted. His deputy should be an international partner, with a senior Ambassador as a political advisor or even a civilian deputy.

3. Incorporating a strong cyber element into the plan. ISIS has shown increasing facility in the cyber world in three ways: recruiting and proselytizing on the Web; cybercriminal activity for profit; and operational command and control. We should vigorously attack them in all three dimensions. There needs to be a small cyber element forward to support the commander, perhaps 100 experts.

4. Creating a Coalition Special Operations Task Force as the forward boots on the ground. The NATO Special Operations Headquarters should build a campaign plan to provide intelligence, spotting for air strikes, raiding, and other traditional SpecOps capabilities. This will need to be at least several hundred operators, with aviation support and dedicated intelligence. All in, this would be in the range of 1,000 operators initially, with a 1-star commander.

5. Integrating with other government agencies. The Central Intelligence Agency and similar organizations have a reasonable level of operational capability that should be incorporated into the campaign plan. While not numerically overwhelming, they would bring niche capability in intelligence, targeting, raiding, and interrogation. The CIA should lead an international effort with a senior commander.

6. Setting up an effective training mission in Iraq. This is where we will need the greatest number of “boots on the ground,” and it would be the heart of the campaign plan. We would need between 15,000 and 20,000 U.S. and coalition troops to conduct two robust training missions, one centered with the Kurds in Irbil and the other with the Iraqi Security Forces in Baghdad. This should be multi-national, with a 3-star commander from the U.S. (who would provide about 60% of the forces) and a 2-star from one of the other leading national contributors.

7. Increasing the air campaign to broaden its base of targets and increase its tempo. We should set up an integrated, coalition-friendly Air Operations Center which could broadly support coalition forces, either in Turkey, the Gulf States or eventually forward in Baghdad. We will need a shared logistics and ordnance system to get more of our allies and other coalition partners into the fight. This Combined Air Operations Center should be commanded by a 2-star US Air Force Officer with a deputy from the second largest air contributor, probably France.

8. Bringing boots on the ground into the urban centers. After significant air operations to degrade ISIS (going after their sources of finance, electricity, water, transport, ordnance, logistics, training, and command and control), the campaign would need to move into the two key centers: Mosul (first) and then Raqqa. The campaign would operate on a three-axis approach: Kurds (and Yadzidi) from the north; bombing aggressively in the west and in tactical support of ground operations; and the Iraqi Security Forces from the south.

Hanging over everything like a dark shadow obscuring the sun is the Bashar al-Assad regime. Given Russian and Iranian sponsorship of Assad, there is not a purely military solution in the offing ahead of us; we will need the best work of our diplomats and political leaders to craft an agreement that eventually moves him out of power and establishes a path to democracy and justice. That appears a long way in the distance at the moment, but the talks in Vienna are a start.

All of this will take time. This would not be an insignificant effort by the U.S., nor would this be undertaken lightly by our friends. But hopefully the lessons of Iraq and Afghanistan will inform our efforts here, and we will succeed. The brutality, venality, and potential danger posed by ISIS justify the efforts. Let’s build a campaign plan, find the right mix of allies and partners, and go to work.

Admiral Stavridis retired in 2013 after serving four years as the 16th Supreme Allied Commander at NATO. He is today the 12th Dean of The Fletcher School of Law and Diplomacy at Tufts University. 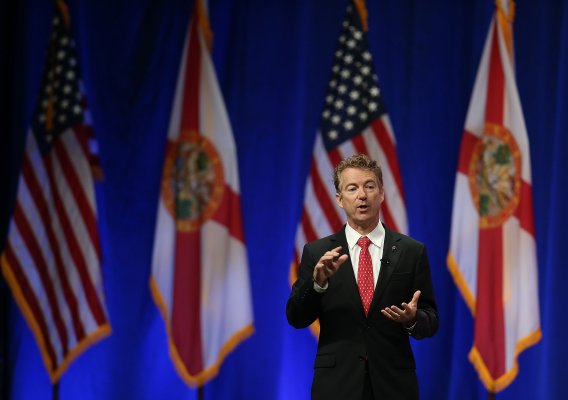 The ISIS Problem Is About Money—Not Refugees
Next Up: Editor's Pick