Storm Kills 2 and Leaves 360,000 Without Power in Washington State

Eastbound traffic lanes, right, on Interstate 90 are dampened by wind-driven waves from the south as the floating bridge calms Lake Washington to the north, in Seattle on Nov. 17, 2015.
Elaine Thompson—AP
By Tara John

Several hundred thousand homes and businesses were without power and at least two people have died after a storm swept through Washington State on Tuesday.

The storm toppled trees, power lines and littered roads with debris, according to Reuters. Packing winds of up to 49-miles-per-hour, the storm forced the closure of a bride, caused flooding and highway mudslides in north Seattle.

According to local authorities, two people have died due to storm-related incidents. In northeast Seattle, a motorist was killed by a rain-soaked tree and in Spokane, eastern Washington, a fallen tree landed and killed a woman. The Seattle Times reports of a third person dying in Spokane.

Local utilities have said that around 360,000 customers in the Puget South region were without power.

The National Weather Service says much of Puget Sound region was under flood watches and warnings through Wednesday afternoon. 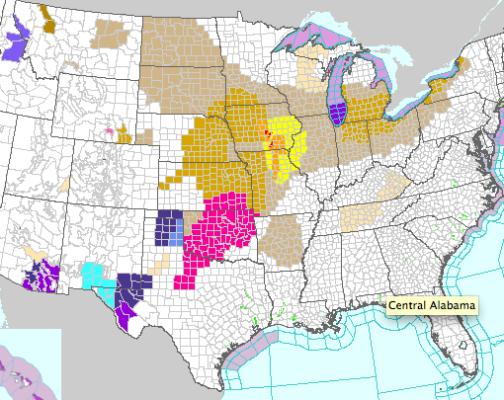 Snow, Tornadoes, and Thunderstorms Threaten Rocky Mountains and Midwest
Next Up: Editor's Pick