A section of the Pacific Ocean has recorded its highest temperatures ever, raising fears of prolonged droughts and flooding as a result of what may be the strongest El Niño in 15 years.

A band of water in the central Pacific registered at 85.5°F (29.7°C) over the course of one week — over 5 degrees warmer than usual and higher than ever previously recorded, USA Today reported on Tuesday.

Temperature readings suggest this year’s El Niño — a weather phenomenon caused by unusually warm water in the Pacific and that results in extreme weather patterns across the tropics and sub-tropics — could become among the strongest in recorded history. The phenomenon is expected to strengthen through to the end of the year and could have devastating consequences around the world, according to CNBC.

El Niño already triggered an intense hurricane and typhoon season in the northern Pacific Ocean, while parts of Southeast Asia have been experiencing severe droughts, exacerbating smog-causing wildfires in Indonesia.

WMO Secretary-General Michel Jarraud told USA Today that climate change was likely a factor. “So this naturally occurring El Niño event and human induced climate change may interact and modify each other in ways which we have never before experienced,” he said. 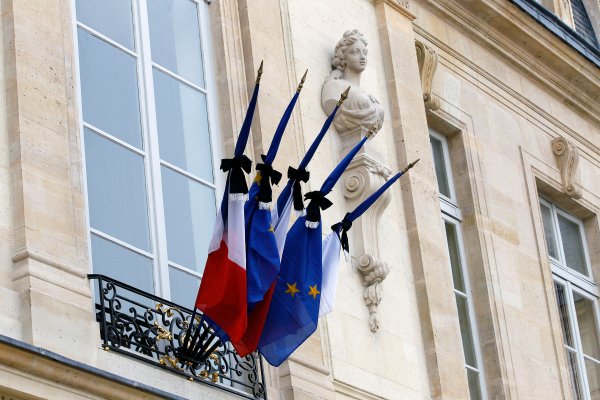 Paris Climate Conference to Proceed with Heightened Security After Attacks
Next Up: Editor's Pick