A policeman stands guard in front of supporters of Turkey during their international friendly soccer match against Greece at Basaksehir Fatih Terim Stadium in Istanbul on Nov. 17, 2015
Osman Orsal—Reuters
By Rishi Iyengar

Soccer fans in Turkey chanted loudly during what was meant to be a minute of silence for the victims of the Paris terror attacks Tuesday. But initial reports that they were booing led to pushback from commentators on social media who said they were actually chanting a slogan against terrorism.

The incident, reported by Reuters and other news outlets and depicted in videos uploaded to Twitter, took place before the Turkey vs. Greece game, as the players from both teams stood silent to honor the 129 people who died during the attacks last week. One well-known commentator on Islamic issues wrote on his Facebook page that “it has become common practice for Turkish fans to chant during moments of silence [to] honor the victims.”

But the Turkish team’s manager condemned the fans’ behavior, saying it damaged the country’s image internationally. “If we don’t act like we did today, we can prevent sports from being sacrificed to terrorism,” he was quoted as saying. 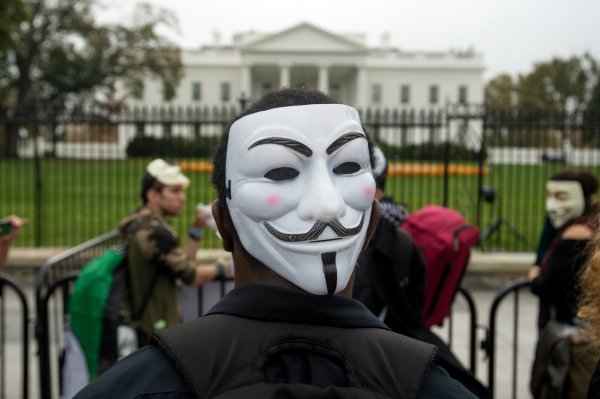 ISIS Calls Anonymous 'Idiots' as Cyber War Heats Up
Next Up: Editor's Pick