A woman places a hand on the names engraved at the Ground Zero memorial site in New York City on May 15, 2014.
Spencer Platt—Getty Images
Ideas
By William Treseder
William Treseder is a former U.S. Marine and partner at BMNT Partners, a technology advisory firm.

France appears to be responding to the Friday Paris attacks that killed at least 129 and injured hundreds of others in an eerily familiar fashion to America after 9/11.

Within 24 hours, just after ISIS claimed responsibility for these atrocities, French President Francois Hollande called the attacks an “act of war” and declared a state of emergency that suspended many civil rights. Within 48 hours, France had dropped 20 bombs on Ar-Raqqa, the Islamic State’s de facto capital. There is now an international hunt for people involved in the attacks, which already resulted in seven arrests in Belgium and more than 150 raids across France. The French Prime Minister cautioned a shell-shocked public that terrorists “can and will strike again.”

While domestically satisfying, these actions by the French could ultimately prove futile, if not counterproductive. On their own, they will likely not weaken ISIS in any significant way. And they may—if not carefully managed—actually make things worse. We need to know who we are fighting, where we are fighting them and why.

Those closest to the fighting over the last 14 years, American combat veterans, know this. There is a truth that is both unpopular and inconvenient at this moment of high drama: any military-first strategy is not a solution. At best, military operations should be a part of a complex blend of diplomatic, economic and social efforts.

We can stand with France, shed tears with her, and yet avoid the temptation to lash out internationally, or overreact domestically. Such wisdom is hard-earned and is needed right now.

President Barack Obama understands the need for restraint. He has already indicated that there will be “an intensification of the strategy we’ve put forward” but no significant change. These are the words of a war-weary leader sending a clear signal to the French: Do not make the same mistakes we did after 9/11. In this way, the Paris attacks are actually a chance to revisit the U.S.-led, NATO-enabled strategy that’s carried us through two unfruitful and costly wars.

We must think more carefully about the nature of the threats we face if France, America, and our allies want a credible approach to defeating ISIS and other extremist groups. One aspect of the problem is almost entirely foreign: the insurgency itself. The other side is almost entirely domestic: violent expressions of wahhabism, a cancerous Islam-inspired ideology. There are obvious overlaps, but these challenges need to treated differently if we hope to find a useful model for addressing the complex threat of terrorism in an increasingly interdependent world.

ISIS should be taken at face value. It is a hyper-violent jihadi organization recycling existing ideology with a media-savvy spin. Left alone, this group will continue to foment terrorism and serve as a lightning rod for recruits and copycats. They may or may not be the “murderous sociopaths” as CIA Director John Brennan called them, but their actions are sickening.

Containing ISIS will not work—it needs to be broken. But not with a gigantic presence of foreign ground troops. The costs far outweigh the benefits. Special operations units from the West, partnered with local militaries and militias, can best achieve limited ends in a way the French and American public can tolerate indefinitely.

That leaves the ideology. This warped form of Islam is an internal threat that every nation must address with vigilance. But this does not require a military response. Increased domestic security is critical, as is intelligence-sharing among allies and increased support to camps for refugees and displaced persons. When ideological-inspired threats emerge, we must be able to react in a coordinated, proportional way. These are part of a common sense strategy that allows for a limited military role.

This is a long war. France is now stepping up in a big way, and she can learn from America’s mistakes before setting herself on an ambitious path that is not sustainable by either the government or governed. 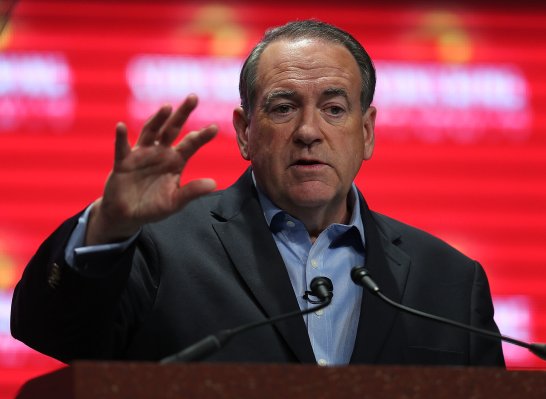 Mike Huckabee: Ban All Visas for Travelers From Countries With ISIS Presence
Next Up: Editor's Pick