Republican presidential candidate and Ohio governor John Kasich on Tuesday proposed a forming a new government agency to promote Judeo-Christian values around the world as part of a broad foreign policy package to combat ISIS.

The proposed agency would advance the cause for a belief system based on Christian and Jewish traditions in China, Iran, Russia and the Middle East, NBC News reports.

“We need to beam messages around the world” about the freedoms enjoyed by Americans, Kasich told the network in an interview. “It means freedom, it means opportunity, it means respect for women, it means freedom to gather, it means so many things.”

Kasich also favors a U.S.-led military coalition, which involves troops fighting on the ground in Iraq and Syria, but with little involvement in the ongoing Syrian civil war.

The proposal comes amidst a sweeping push from Republican governors following the deadly terror attacks in Paris Friday to block efforts to move Syrian refugees into their states. ISIS has claimed responsibility for the Paris attacks.

Kasich, who sent a letter to the President expressing his opposition to hosting refugees in Ohio, admitted during a speech at the National Press Club in Washington that as a state governor “we don’t have the authority…we can only express our concerns” over the Obama-administration plan to relocate Syrian refugees. 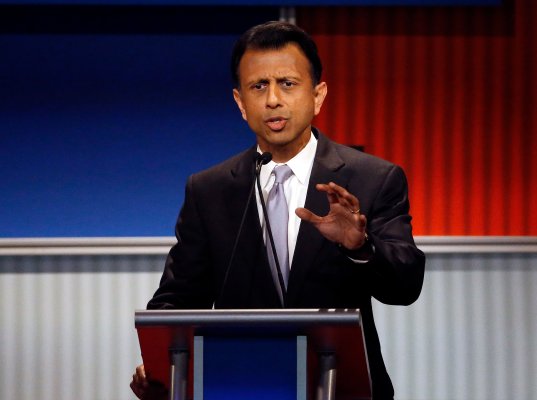 Read Why Bobby Jindal Is Quitting the Presidential Race
Next Up: Editor's Pick