Mike Huckabee: Ban All Visas for Travelers From Countries With ISIS Presence

President Barack Obama has shown incompetence in the face of radical Islamic terrorists, like those responsible for Friday’s attacks in Paris. We need to take care of Americans and defend our communities first.

Why invest billions to defeat enemies abroad only to transplant terrorists to American soil? The U.S. is a sovereign country, not a taxpayer-funded treatment facility for foreign terrorists fleeing civil wars.

Sadly, our president has erased Syria’s “red line” and rolled out the red carpet for possible radical refugees on American soil. Granted, there are genuinely desperate people escaping from war-torn areas and the savagery of Islamic jihadism. But establishing refugee camps near the areas these folks fled makes more sense than moving them thousands of miles without a proper system to determine if they are indeed refugees.

Europe’s experiment with open borders collided with radical Islamic terrorism on Friday, producing the most bloodshed in Paris since WWII. One of the terrorists responsible for the attacks in France is believed to be a Syrian refugee and others are believed to have trained there. Paris should be a wake-up call for the Washington establishment and many in the GOP who support open borders and out-of-control amnesty.

At last week’s Republican debate I was mocked by the media and the chattering class for opposing Obama’s refugee relocation plan. Our country is $19 trillion in debt and America faces high unemployment levels. We need to take care of Americans first—not foreign refugees.

In the face of continued ISIS threats, it’s time for common sense. Middle Eastern countries need to accept responsibility and tackle their own refugee problems in their own back yard. And the U.S. needs to get serious.

First, we must immediately ban ALL visas for travelers and tourists from any country with a significant ISIS or al-Qaeda presence.

Second, we must reject all Syrian refugees to America. It makes no sense to relocate these refugees half way around the world. Some misguided Republicans think we should just ban Syrian Muslims from coming to the U.S. But terrorists will say anything to infiltrate America – including lying about their religion. Trusting the Obama administration to process these refugees puts American lives in danger.

Third, we must immediately secure our borders and build the southern border fence with Mexico today. A country that cannot control its borders is not a country. No more excuses.

Lastly, Republicans in Washington must hold Obama’s feet to the fire. For once, they must stand strong and reject Obama’s power-play on refugees.

Regardless of what this White House says, we are not at war with militant Methodists, extremist Episcopalians, or radicalized Roman Catholics. We are at war with Islamic jihadists. And it’s time we identify our enemy by name and start waging a winning war. 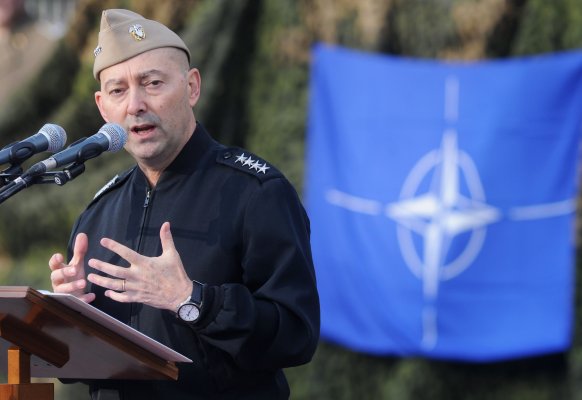 8 Steps to Defeating ISIS
Next Up: Editor's Pick