One in 10 People in U.S. Have Abused Drugs

Close to 10% of Americans have a drug abuse disorder during their lifetimes, according to a new report released Wednesday.

The study, published in JAMA Psychiatry, shows that 9.9% — or more than 23.3 million Americans — have been diagnosed with a drug use disorder (DUD). Many of them are untreated.

The data comes from interviews with 36,309 adults who participated in a national survey between 2012 and 2013. The drug use disorders involved a variety of substances from marijuana and cocaine to hallucinogens and heroin.

The study authors found that nearly 4% of Americans in the study received a diagnosis of a drug use disorder in the past 12 months and the percentage was greater for Americans diagnosed over their lifetime. Overall, the disorders were more common among men, young unmarried adults, people with lower education and income, and white and Native American groups. People who abused alcohol and nicotine and those with mental health issues such as major depressive disorder, bipolar disorder and post traumatic stress were also more likely to report problems with drug abuse.

The results are particularly concerning, say the authors, since they used the latest definitions for drug use disorders that were introduced in 2013. These criteria included stricter thresholds for meeting a drug use disorder diagnosis, yet the investigators still found increases. And only about a quarter of those with a lifetime diagnosis of a drug abuse problem received treatment.

The rise in drug use problems may be fueled in part by opioid-related addictions, which have been climbing as prescriptions for pain killers and abuse of these prescriptions have also surged. As TIME previously reported, the number of opioid prescriptions for pain management has increased from 76 million in 1991 to 219 million in 2011, leading to around 17,000 opioid-related overdose deaths in 2011. In addition, between 2007 and 2010, the number of opioid-addiction related hospitalizations increased four-fold.

“With these findings now available, studies can now begin to examine the broad relationships in more detail … and provide information to policymakers for decision making about the allocation of resources for service delivery and research,” the study authors concluded in their study. 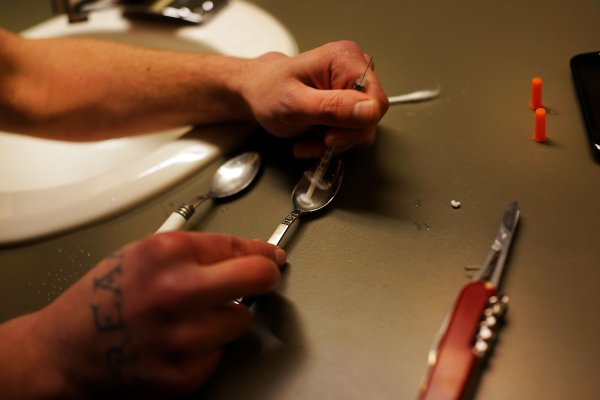 Ireland to Set Up Heroin-Injection Centers
Next Up: Editor's Pick