Jennifer Lawrence’s Panem story may come to an end when The Hunger Games: Mockingjay – Part 2 debuts in theaters this weekend. But fans lucky enough to score a visit to Dubai, can still have the opportunity to explore Suzanne Collins’ world, thanks to motiongate Dubai.

The website unveiled new information on two new attractions that will open in 2016, as part of Dubai Parks and Resorts. One ride includes taking guests on a journey through Panem via a hovercraft, where they’ll be treated to some of the most iconic landmarks during the ride… before the Peacekeepers arrive to stir things up. Another ride will be a roller coaster that will let guests transport themselves from District 12 to the Capitol, as if they’re riding one of the Capitol’s high speed trains.

In an announcement from the motiongate Dubai website, Stanford Pinto, Chief Parks Operating Officer for Dubai Parks and Resorts, said “the creative resources, spirit of innovation and vision of the entertainment experience of Lionsgate are extremely well-aligned with our own and we are delighted to be working with the Lionsgate team to bring to life The Hunger Games franchise for the first time globally in a theme park environment. Our united goal is to position motiongate Dubai as one of the most visionary new theme parks in the world.”

The debut of Lionsgate theme parks, including The Hunger Gamesand Divergent was first reported a few months ago. According to the website, motiongate Dubai will eventually become one of the region’s biggest theme parks, featuring attractions from Sony Pictures Studios, DreamWorks, Lionsgate, Smurf’s Village and Studio Central. 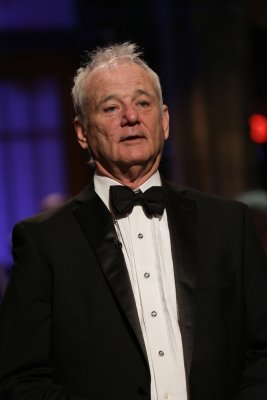 Watch the Star-Studded New Trailer for A Very Murray Christmas
Next Up: Editor's Pick