The fantasy sports website FanDuel is shown on October 16, 2015 in Chicago, Illinois. FanDuel and its rival DraftKings have been under scrutiny after accusations surfaced of employees participating in the contests with insider information. An employee recently finished second in a contest on FanDuel, winning $350,000. Nevada recently banned the sites.
Scott Olson—Getty Images
By Daniel White

FanDuel suspended entry in paid contests for users located in New York as of 2:30 p.m after a temporary restraining order filed by FanDuel to stop the attorney general’s efforts to shut down their operations was not granted, according to the company. DraftKings, another fantasy sports betting company, will continue to take bets, the Wall Street Journal reports. In statement issued by FanDuel, the company said another hearing has been set for November 25th. “We believe that this restriction is temporary and we hope to be able to offer our paid contests to New Yorkers again very soon,” the statement read.

FanDuel and DraftKings originally came under fire after a DraftKings employee won $350,000 using FanDuel in October, leading to concerns that fantasy sports employees were using inside information to gain an edge over their customers. In the wake of the scandal, the state attorney general’s office opened an investigation into fantasy sports betting and later ordered the companies to stop taking bets.

While New York state residents won’t be able to enter paid FanDuel contests, they will be able to withdraw their money at anytime and any compete in any contests they entered before 2:30 p.m. “We maintain, unequivocally, that FanDuel has always complied with state and federal law,” the statement continued. “We look forward to vindicating our position in court next week.”

Read More: Everything to Know About the Huge Fantasy Sports Scandal 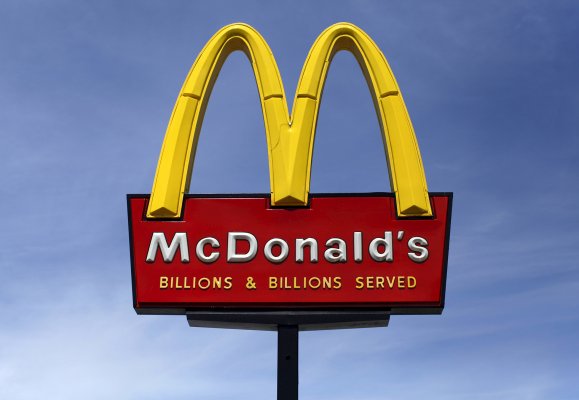 McDonald's is Replacing the Dollar Menu With 'McPick 2'
Next Up: Editor's Pick