Compared to people like Barbra Streisand and Yogi Berra, it’s hard to seem important—even if you’re receiving the Presidential Medal of Freedom on Tuesday. That’s especially likely to be true if your description in the official announcement is “dedicated public servant” rather than actor or athlete.

But for people like William Ruckelshaus, being less glamorous doesn’t mean making less of an impact on history. Here’s why he matters:

Ruckelshaus served as Deputy Attorney General in the Nixon Administration and resigned the post rather than carry out an order to fire the Watergate special prosecutor. He was also the first head of the Environmental Protection Agency (and later returned to lead the agency in the 1980s).

When the EPA was established in 1970, TIME dubbed Ruckelshaus the “Policeman for Pollution” and explained that he had been fighting for the environment since before the modern environmental movement went mainstream:

And, though President Nixon himself was quoted joking with Ruckelshaus, “You’re the enforcer…You’re going to be called a lot worse,” the EPA chief pulled off the impressive feat of winning praise for conservationists and businesses alike as a no-nonsense but judicious guide for environmental policy.

Not that he would have minded some name-calling in service of the environment. “In a job like this,” he told TIME, “you’re bound to ruffle some feathers.”

Read the full 1970 story here, in the TIME Vault: Policeman for Pollution 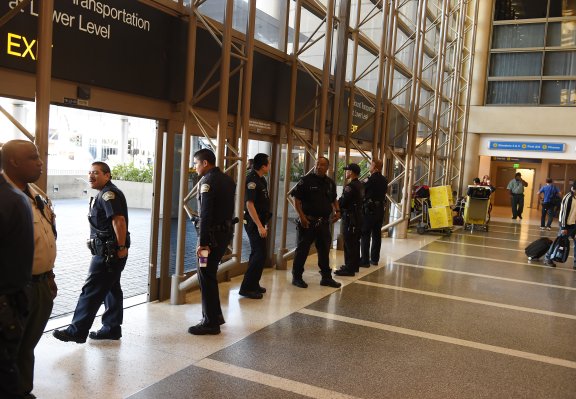 Four Times the U.S. Has Issued Worldwide Travel Alerts
Next Up: Editor's Pick